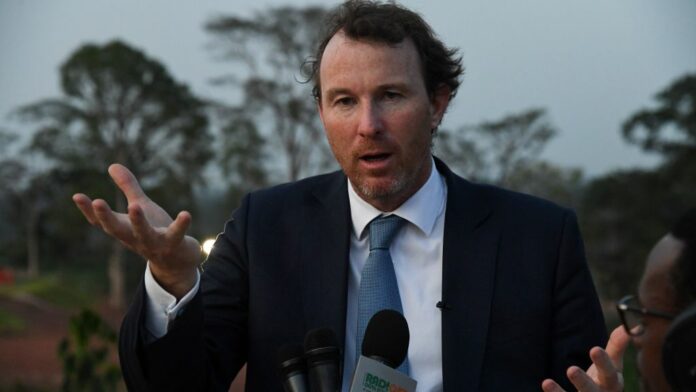 ENDEAVOUR Mining said its operations and supply chains had been unaffected by “the current political situation” in Burkina Faso which news agencies are reporting as a likely coup by the military.

It follows similar political events in the past 18 months in Mali – where Endeavour has a promising project – and Guinea.

“Endeavour Mining announces that its operations and supply chains in Burkina Faso have not been affected by the current political situation and its mines and projects continue to operate as usual,” the company said.

Shares in Endeavour were only 3% weaker today but this came on a day when it announced a $70m final dividend and stronger-than-forecast gold production. The total payout by the company for its 2021 financial year to end-December will be $140m, excluding a share buy-back programme which totals $44m to date.

Burkina Faso is part of the Sahel, a region stretching across Sub-Saharan Africa including Mali and Chad, which has been vulnerable to violent jihadist attacks.

Two security sources and a West African diplomat told Reuters news agency that Kabore was detained at a military camp. There was no immediate comment by the government, which on Sunday had denied that a coup was under way.

Sébastien de Montessus, CEO of Endeavour, told Miningmx last year the political risk the company managed was part of its investment case. “We feel that this is the place to be,” he said of West Africa. “Some investors will be looking for, I would say, moderate risk, which are probably [areas in] North America or in Australia. But they have less reward.”

Endeavour, which also mines in Côte d’Ivoire and Senegal, said it had produced 1.54 million ounces for the 12 months ended-December which was in excess of its guidance of 1.37 million to 1.45 million ounces.

All-in sustaining costs (AISC) came in at approximately $880/oz which was within the guidance set by the company of between $850 and $900/oz. It was the ninth consecutive year of meeting or beating guidance, said De Montessus.

Included a share buy-back programme announced last year, the company had returned $338m in dividends or share buy-backs, said De Montessus. Some $44m shares had been bought by the company since the fourth quarter.

“On the balance sheet front, we have re-established a strong net cash position after absorbing $330m of net debt following the Teranga acquisition,” said De Montessus.

Endeavour embarked on aggressive merger and acquisition last year buying Teranga Gold, which has assets in Senegal, as well as SEMAFO which had mines in Burkina Faso. However, De Montessus has since promoted a strategy of organic growth in which the company would aim to discover between 15 million to 20 million ounces of gold from seven assets in an effort to extend the life of its mines beyond 10 years.

According to Morgan Stanley analysts, Endeavour generated free cash flow of about $190m in the fourth quarter as it ended the period with net cash of $76m versus net debt of $70m at the close of the third quarter, and adding in the buy-backs.