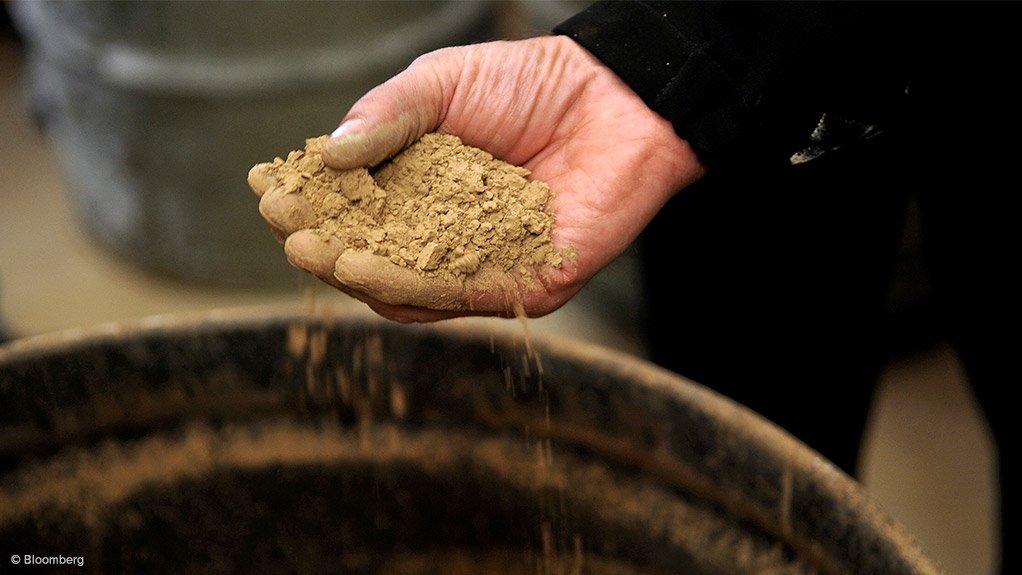 Rainbow Rare Earths Ltd has entered into a Memorandum of Understanding (MOU) with a diversified chemicals group, based in South Africa, to investigate the opportunity of extracting rare earth elements from a nitro phosphate process stream at its phosphoric acid production plant near Johannesburg.

Under the terms of the MOU, Rainbow will conduct a rare earths extraction pilot study with the chemicals group, which will involve initial grade test work on processing stream material. This will be followed by a technical programme to confirm a flowsheet using Rainbow’s knowledge and intellectual property (IP) gained from work carried out to date at the company’s Phalaborwa Rare Earths Project in South Africa, including the licenced K-Technologies, Inc. separation technology.

The feedstock for the phosphoric acid production plant originates from the same ore originally mined by Foskor that generated the two gypsum stacks at Phalaborwa. Rainbow has already completed preliminary sampling of the processing stream, with initial results indicating a total rare earth oxide grade of 0.81% total rare earths oxides (TREO), with a circa 27% weighting to high-value neodymium and praseodymium (NdPr), alongside economic levels of terbium and dysprosium, similar to Phalaborwa.

Direct costs associated with the pilot study conducted by Rainbow using its exclusive IP and technology will be financed by the chemicals group. Subject to a successful outcome, the parties intend to negotiate terms for a potential joint venture agreement to extract value from the rare earths present in the phosphoric acid processing stream.

“This project allows us to partner with a global chemicals business and demonstrates the significance and broader application of our IP and technology at another project in South Africa. This is a very exciting opportunity for Rainbow to release additional value from a nitro phosphate processing stream by efficiently producing separated rare earths, which are currently untapped within the phosphoric acid production process.

“As at our Phalaborwa Project, the rare earths in this stream are contained within an acid solution in a ‘cracked form’, which will allow us to apply the rare earths separation technology, thereby facilitating a simple process with significantly fewer extraction and separation steps than a traditional rare earth mining project.

“Through our processing projects, which have fundamentally different risk profiles to traditional rare earth mining projects, we see enormous potential to facilitate near-term access to sources of critical permanent magnet rare earths, which are required to decarbonise energy systems in an environmentally responsible way.”