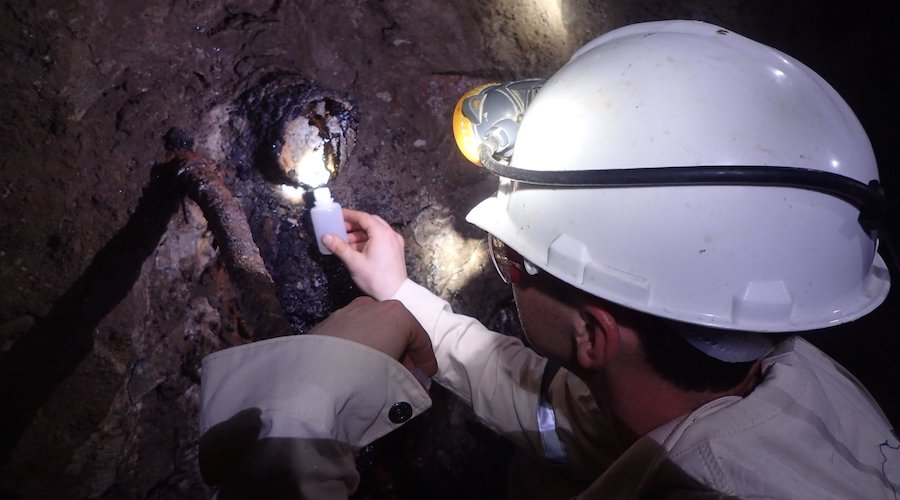 An international team of researchers discovered that Harmony Gold Mining‘s gold and uranium Moab Khotsong mine in South Africa hosts 1.2-billion-year-old groundwater, a finding that sheds new light on how life is sustained below the earth’s surface and how it may thrive on other planets.

In a paper published in the journal Nature Communications, the researchers explain that, for the first time, there is an insight into how energy stored deep in the earth’s subsurface can be released and distributed more broadly through its crust over time.

“Think of it as a Pandora’s Box of helium-and-hydrogen-producing power, one that we can learn how to harness for the benefit of the deep biosphere on a global scale,” Oliver Warr, research associate at the University of Toronto and lead author of the study, said in a media statement.

A decade ago, Warr and his colleagues discovered billion-year-old groundwater from below the Canadian Shield.

“Now, 2.9 kilometres below the earth’s surface in Moab Khotsong, we have found that the extreme outposts of the world’s water cycle are more widespread than once thought,” Barbara Sherwood Lollar, corresponding author of the paper, said.

Sherwood Lollar explained that uranium and other radioactive elements naturally occur in the surrounding host rock that contains mineral and ore deposits. These elements hold new information about the groundwater’s role as a power generator for chemolithotrophic (or rock-eating) groups of cohabitating microorganisms previously discovered in the earth’s deep subsurface.

When elements like uranium, thorium and potassium decay in the subsurface, the resulting alpha, beta, and gamma radiation has ripple effects, triggering radiogenic reactions in the surrounding rocks and fluids.

At Moab Khotsong, the researchers found large amounts of radiogenic helium, neon, argon and xenon, and an unprecedented discovery of an isotope of krypton—a never-before-seen tracer of this powerful reaction history.

The radiation also breaks apart water molecules in a process called radiolysis, producing large concentrations of hydrogen, an essential energy source for subsurface microbial communities deep in the earth that are unable to access energy from the sun for photosynthesis.

Due to their extremely small masses, helium and neon are uniquely valuable for identifying and quantifying transport potential. While the extremely low porosity of crystalline basement rocks in which these waters are found means the groundwaters themselves are largely isolated and rarely mix, accounting for their 1.2-billion-year age, diffusion can still take place.

Solid materials such as plastic, stainless steel and even solid rock are eventually penetrated by diffusing helium, much like the deflation of a helium-filled balloon,” says Warr. “Our results show that diffusion has provided a way for 75 to 82% of the helium and neon originally produced by the radiogenic reactions to be transported through the overlying crust.”

The researchers stress that the study’s new insights on how much helium diffuses up from the deep earth is a critical step forward, as global helium reserves run out, and the transition to more sustainable resources gains traction.

“Humans are not the only life-forms relying on the energy resources of the earth’s deep subsurface,” Warr said. “Since the radiogenic reactions produce both helium and hydrogen, we cannot only learn about helium reservoirs and transport but also calculate hydrogen energy flux from the deep earth that can sustain subsurface microbes on a global scale.”

Warr noted that these calculations are vital for understanding how subsurface life is sustained on our planet and what energy might be available from radiogenic-driven power on other planets and moons in the solar system and beyond, informing upcoming missions to Mars, Titan, Enceladus and Europa.