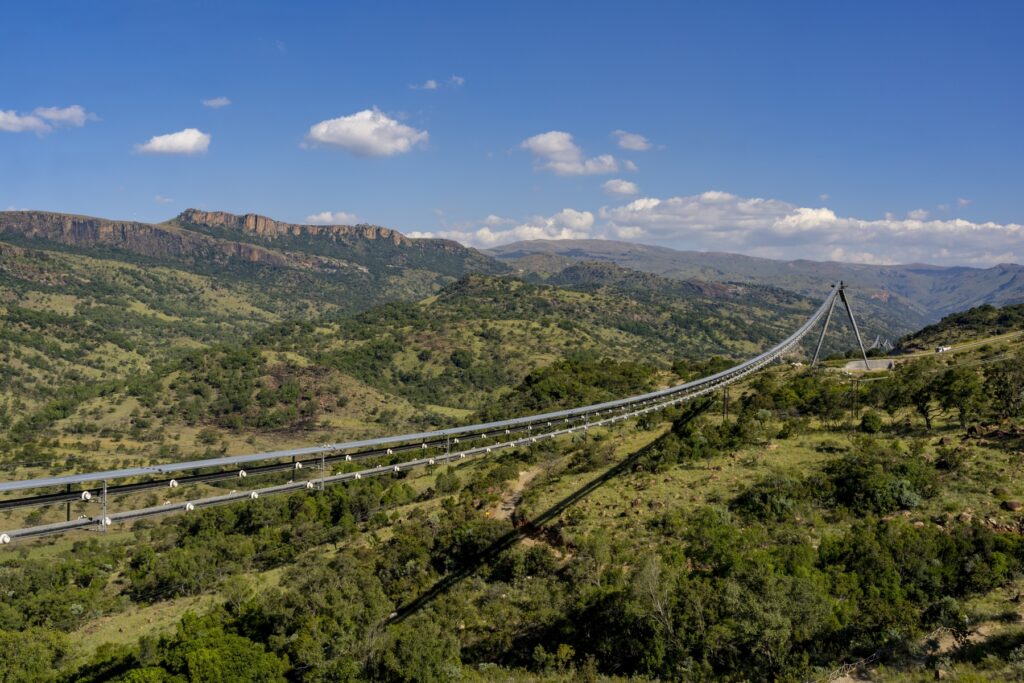 The second Doppelmayr RopeCon® system at Northam Platinum’s Booysendal platinum mine in South Africa has gone live, helping transport approximately 400 t/h of mined material over a distance of 2.8 km and a difference in elevation of -160 m.

A RopeCon system has been transporting platinum ore at Booysendal since the end of 2018, with this first installation transporting some 909 t/h of material over a circa-4.8 km distance through hilly terrain.

In December 2021, the second installation at Booysendal North was handed over to the customer.

The Booysendal North RopeCon discharges the material into the same silo from which the material is loaded onto the Booysendal South system, which makes it a perfect link in a continuous conveying line, Doppelmayr explained. Since early 2022, the second loading point along the line has been in use, too. The option of an alternative loading point was provided at tower 2. A conventional feeder conveyor transports the material to the RopeCon line where it is loaded directly onto the belt via a chute.

RopeCon, developed by Doppelmayr, offers the advantages of a ropeway and combines them with the properties of a conventional belt conveyor, according to the company. It essentially consists of a flat belt with corrugated side walls: just as on conventional belt conveyors, the belt performs the haulage function. It is driven and deflected by a drum in the head or tail station and fixed to axles arranged at regular intervals to carry it. The axles are fitted with plastic running wheels which run on fixed anchored track ropes and guide the belt. The track ropes are elevated off the ground on tower structures.

“By using the RopeCon system, the customer did not have to rely on trucks to transport the material, a definite advantage in this topographically challenging terrain with its sometimes very steep roads,” the company said. “Furthermore, using the roads only for the transport of people and supplies will have a positive effect on road maintenance costs.”

Booysendal was also particularly careful to choose a transport system that would minimise the environmental footprint of the mine. By guiding the RopeCon over towers, the space required on the ground is reduced to a minimum, or more precisely to the tower locations. At the same time, the system does not represent an insurmountable obstacle for wildlife or humans. The track crosses a number of roads, and even wildlife can roam freely underneath the RopeCon, according to Doppelmayr.