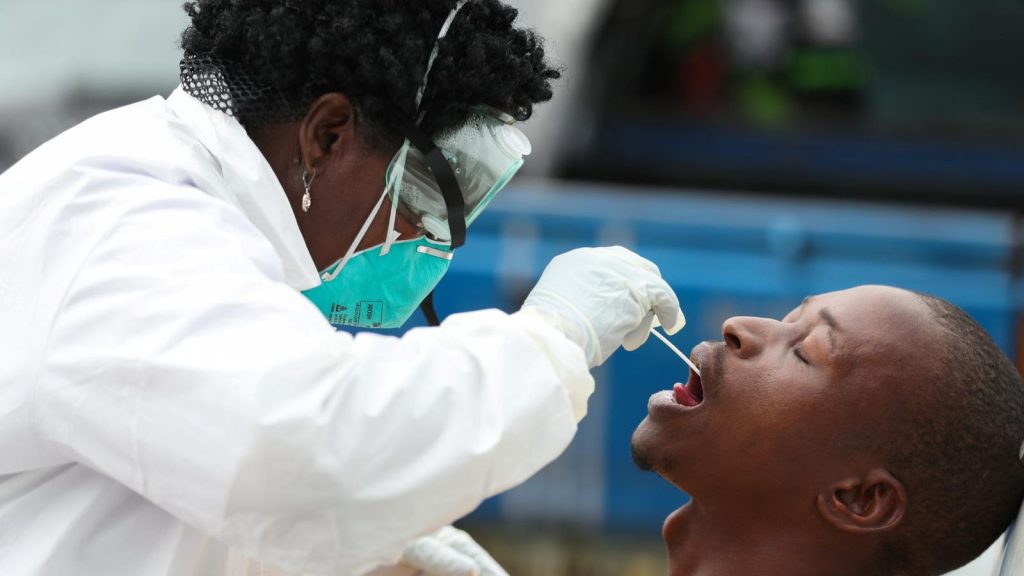 The South African mining industry, directly and under the auspices of the Minerals Council South Africa, is seeking to increase its COVID-19 testing capacity, both for companies themselves and in support of the country’s overall testing imperative.

Companies, which are required to test employees that fail screening measures, have adopted a risk-based approach that encompasses, for example, additional testing for persons deemed to be at higher risk owing to their occupation (such as healthcare workers and security personnel) and returning mineworkers, when clusters of infection are identified. This focus on testing is in addition to the intensive screening, quarantine and isolation measures that are currently in place.

The industry currently screens approximately 272 00 employees every time they report for work and has undertaken 15 994 tests (as of 25 June 2020).

The ideal public health approach to any disease is to identify all cases through testing with the aim of isolating the infected individuals and thus curbing transmission to other people. As has been the case in many countries around the world, South Africa’s COVID-19 testing capacity has been severely constrained by the lack of availability of testing machines, testing kits and the availability of qualified staff. The highest total number of tests processed per day that has been achieved in South Africa to date is approximately 40 000, of which approximately 51% are undertaken by the public sector and 49% in the private sector. Of greater concern is the significant lag in processing of tests, particularly in the public sector, that has had a material impact on the country’s clinical response. Further, the private sector testing capacity is concentrated in the hands of a small number of laboratories, largely located in major metropolitan areas.

Testing is a fundamental part of any country’s response to the pandemic, and those countries that have been able to test more comprehensively have had greater success in flattening the curve. The reasoning is simple: An individual who tests positive can be isolated until they recover, and their contacts may be traced and similarly tested and isolated, effectively reducing the rate of transmission. Further, appropriate testing will mean that individuals, especially those who are potentially vulnerable, may receive the medical treatment they need as soon as possible.

Testing in South Africa is guided by the criteria stipulated by the National Institute of Communicable Diseases (NICD), and this guidance is the minimum standard with which the industry complies. In essence, this means that employees are to be tested only when they fail the COVID-19 screening tests. However, given the exigencies that exist within the mining operations themselves, and the fact that the industry is reporting a very high level of asymptomatic cases, there are very real reasons why the mining industry should modify its protocols.

A number of mining companies have taken the initiative to procure and establish both their own testing capacity (machines, testing kits and reagents and qualified staff), or to enter into arrangements with private facilities to secure access to increased testing capacity.

At a meeting of the Minerals Council Board on 29 April 2020, the Board resolved to begin a study to see how the industry could collaborate to secure greater testing capacity for the industry and for South Africa as a whole. Companies may participate in this initiative voluntarily, and companies may directly secure their capacity. But, it is planned that companies will collaborate regionally and will ensure that they factor into their planning support for regional testing needs. This is especially the case for regional public health facilities that lack access to sufficient and timely diagnostic facilities critical to patient care.

The Minerals Council is also engaging directly with the National Health Laboratory Service (NHLS) to understand and respond to specific needs in support of the country’s testing imperative.

The Minerals Council is fully aware of the testing capacity constraints that exist in the country. Further, it recognised that diagnostic testing is only a component of the holistic response to the epidemic. Its approach therefore is premised on the basis that it will add to, rather than deplete, national testing reserves both by providing for the testing of its employees (who would otherwise have relied on constrained national capacity) and by adding to that capacity.

Given the varying approaches undertaken within the industry, and the support from the Board for a greater testing intervention, the Minerals Council has engaged with leading experts, including within the Department of Health (DoH), the NICD and the NHLS as well as academic institutions to develop principles that will underpin its approach to testing. It has also relied on the guidance of the Minerals Council’s Health Policy Committee that is made up of occupational health experts from member companies.