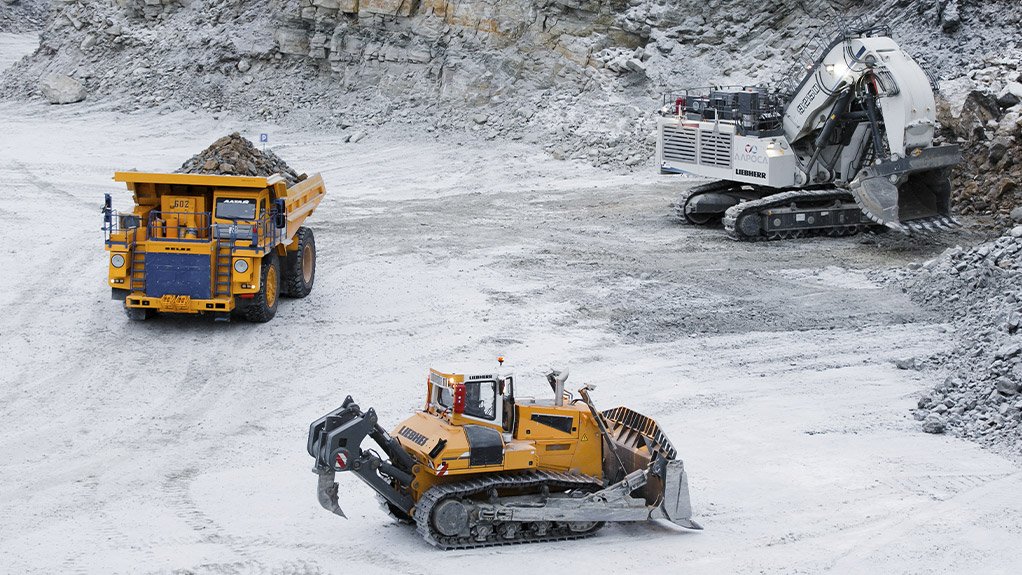 ZIMBABWE’S mining industry growth prospects remain strong in the short to medium term, economic analysts have said, despite the negative impact of Covid-19 induced setbacks on existing and planned investments.

While the supply chain disruptions from the Covid-19 pandemic impeded implementation of some mining projects, output surged on the back of the global commodity price boom, with gold production reaching a record level in more than two decades.

Zimbabwe is targeting to grow export revenue from minerals to US$12 billion by 2023 as it seeks to transform the country into an upper-middle-income economy by 2030.

The US$12 billion mining industry represents a 344 percent increase from the US$2,7 billion registered in 2017. The growth to a multi-billion-dollar industry will be driven by gold, platinum, diamond, chrome, iron ore, coal, lithium, and other strategic minerals.

The Chamber of Mines said while the pandemic induced disruptions slowed down project implementation particularly during the period immediately after the outbreak of the Covid-19 pandemic, the situation had since changed with the mining sector now operating normally with most companies implementing their planned capital projects smoothly.

“The mining industry has remained largely resilient during the Covid-19 pandemic albeit with some bottlenecks including supply chain disruptions, closure of commodity markets and restrictions in terms of movement of people, including experts working on mining projects,” Chamber of Mines of Zimbabwe chief executive Mr Isaac Kwesu said.

The secretary for Mines and Mining Development Mr Onisimo Moyo said the Second Republic, which has pledged full support to drive investment and growth, remained confident of meeting the US$12 billion target.

There are several mining projects already in the pipeline in Zimbabwe. Zimplats, a unit of Impala Platinum, will invest US$200 million into its base metal refinery (BMR) project, as part of its US$1,8 billion medium to long term investments in Zimbabwe.

The BMR plant project will bring about capacity for local base metal refining and is expected to create more than 1 000 jobs.

In 2019, South Africa-based Anglo American Platinum commissioned a smelter at its Unki Mine, enabling the company to partially process ore in the country before sending it to South Africa for refining.

Zimplats and Mimosa are currently sending platinum matte to South Africa for refining.

Outlining progress on the 100 Day Cycle projects to Cabinet last week, Mines and Mining Development Minister Winston Chitando said the construction of the Afrochine Dinson Colliery plant for coking coal was now 40 percent complete, while the concrete foundation for the second phase is now complete.

The construction of RioZim Limited’s diamond plant project in the Midlands Province is almost complete with all major civil works having already been completed.

The new processing plant at Murowa Diamond will see the company more than doubling monthly processing capacity to 500 000 tonnes.

Minister Chitando said the construction of the Carbon Steel Plant in Chivhu-Mvuma was 35 percent complete while the Grand Sanyuan Copper Resources Zimbabwe furnace in Alaska, Mashonaland West Province, for smelting has been completed.

The facility’s foundation has been completed while the setting up of the electrolysis unit will be undertaken at a later stage, according to Minister Chitando.

The installation of a washing plant at the Amazon Ferrochrome Smelter Establishment, at Mutorashanga is almost complete.

Mr Kwesu said the mining industry remained committed to work closely with the Government towards achieving the national target.

He said over the past two years, the country witnessed a lot of progress in terms of resuscitation of previously closed mines, expansion of existing operations and opening of new mines across all mineral categories.

As a result, the mining sector is showing signs of strong growth benefitting from a production ramp up on the back of capital injections that have been experienced over the past 2 years.