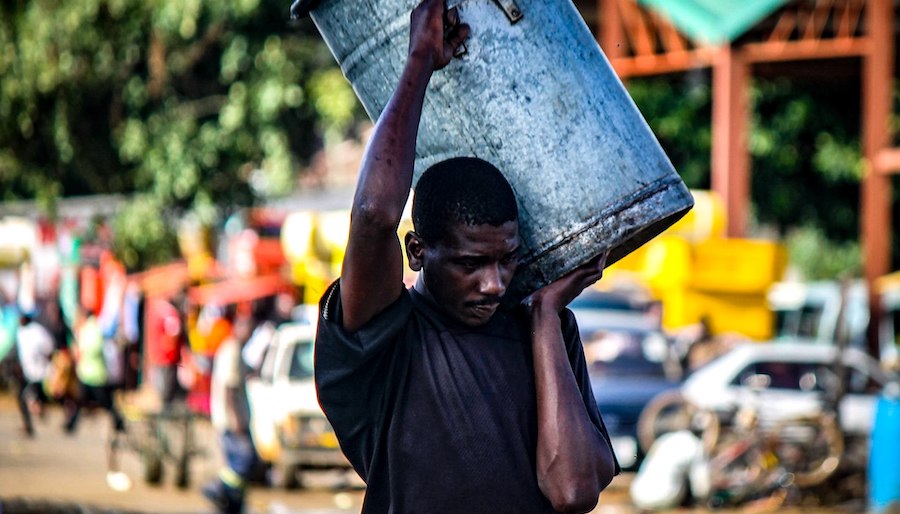 People in Kabwe Town, Zambia, show very high blood levels of lead and cadmium, which are a direct consequence of the now-closed Broken Hill mine. The operation was owned by Nchanga Consl. Cu Mines Ltd.

According to a study published in the scientific journal Chemosphere and conducted by researchers from Japan’s Hokkaido University and the University of Zambia, not only people in Kabwe have high levels of toxic heavy metals, but they also exhibit clinical symptoms of lead and cadmium toxicity.

Located in central Zambia, Kabwe’s economy is centred around mining. In fact, Broken Hill was the largest lead-zinc mine in the country for some three decades until the early 1930s. Even though it has been closed for a long time, artisanal miners still extract metals from the mine tailings. These tailings are highly toxic and can potentially affect not just the miners, but their families and communities as well.

A previous report by he Blacksmith Institute named Kabwe one of the 10 most polluted places on Earth and other studies have shown that blood lead levels in children in the region are much higher than the WHO-prescribed reference levels.

Yet, levels of other heavy metals had not been investigated in people in Kabwe until now, as neither were the effects of their toxicity. Thus, the Hokkaido and UNZA scientists decided to assess the effect of lead, zinc and cadmium in a sample of 504 individuals across 40 study areas representative of the Kabwe region. They collected BMI data, measured blood levels of each metal, and assessed blood, liver and kidney toxicity.

The Broken Hill mine in Kabwe, from one of the surrounding townships. (Image by Hokuto Nakata, courtesy of Hokkaido University).

Markers for liver function, on the other hand, ranged from normal to higher than normal in the majority of the tested individuals, while the markers for kidney function were outside normal ranges (either higher or lower) for most of the individuals, indicating lower kidney function. δ-ALAD activity, used to assess haemotoxicity (the adverse effects of lead on the formation of red blood cells), was significantly lower in individuals with higher Pb-B levels, indicating high haemotoxicity.

Researchers say that this is the first report on the clinical outcomes of individuals affected by multiple metal exposure in Africa and that significant correlations were found between blood metal levels and clinical parameters especially for adult participants, indicating potential adverse health effects due to metal exposure in Kabwe.

“Treatment of affected people and remediation of polluted environments must begin immediately,” Hokuto Nakata, one of the study authors, said in a media statement.