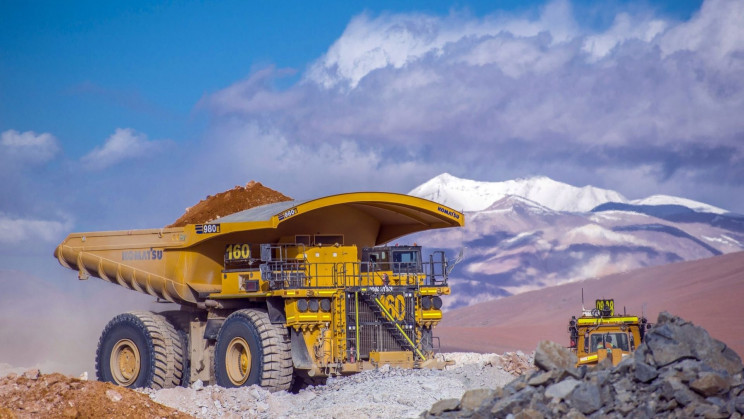 A Mining Company Is Using Hydrogen Power in Its Trucks, Cutting CO2 Emissions

Mining trucks consume 35.3 gallons (134 liters) of diesel per hour with their enormous weight of around 220 metric tonnes and therefore emitting vast amounts of carbon dioxide into the atmosphere.

In order to reduce the mining industry’s carbon footprint, Anglo American is focused on mining trucks.

The company is collaborating with several partners, such as Engie, NPROXX, First Mode, Williams Advanced Engineering, Ballard, ABB, Nel, and Plug Power, to develop a hybrid mining vehicle, fueled with hydrogen and electricity.

The truck will be hybrid, with a hydrogen fuel cell providing roughly half of the power and the other half by a battery pack.

The truck can also harvest regenerative energy created when driving downhill and braking, which is stored in the battery and extends the range of the vehicle.

Instead of using diesel as a source of power for the motor, hydrogen enters the fuel cell and mixes with oxygen to create water in a chemical reaction catalyzed by platinum, which generates the necessary electricity to power the motors that drive the wheels.

The hydrogen power source only emits water vapor and the company states that it has the potential to reduce on-site diesel emissions by up to 80 percent.

Anglo American says it will be “taking the equivalent of half a million diesel cars off the road” when the technology rolled out across the company’s global truck fleet.

The vehicle, which is the first of its kind, is being tested on Limpopo, South Africa, at the company’s Mogalakwena platinum mine.

The results of the study were shared on International Hydrogen Day, October 8th, during a virtual event. The hybrid vehicle is due to be launched in early 2022.

Reducing the carbon footprint of the mining industry is a difficult task, as the construction sector, which includes mining, is accounted for 36 percent of global final energy use and 39 percent of energy-related CO2 emissions in 2017, according to senior policy officer for climate and circular economy at the European Environmental Bureau (EEB) Davide Sabbadin. Sabbaddin states that the sector will need to reduce its energy consumption by a third to be compatible with the Paris Agreement.

Natascha Viljoen, CEO of Anglo American’s PGMs business, said in a press release that “The opportunity to create new engines of economic activity through hydrogen has been validated through this feasibility study with our partners. As a leading producer of platinum group metals (PGMs), we have for some years been working towards establishing the right ecosystem to successfully develop, scale up and deploy hydrogen-fuelled solutions. These include investing in innovative ventures and enabling technologies, as well as forging wide-ranging collaborations across industry, to fully harness the transformative potential of green hydrogen for our economy in South Africa.”

Anglo American’s hydrogen-fueled hybrid truck might be one of its kind but there are some efforts in various industries to switch to clean energy. Aviation company ZeroAvia is specializing in hydrogen-electric solutions, while Airbus aims for zero-carbon aviation by 2035.