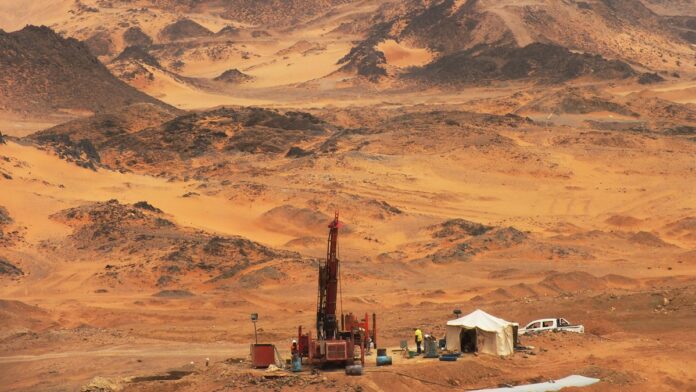 PERSEUS Mining today unveiled plans to dramatically expand its operational footprint with the A$230m purchase of shares in Orca Mining, a Toronto-listed gold exploration firm which has a gold project in Sudan.

“There was been a lot of talk of consolidation in the gold sector … creating stronger companies to withstand political and price cycles,” said Jeff Quartermaine, MD and CEO of Perseus Gold in a conference call today. “We believe we have done that.”

Orca Gold owns 70% of northern Sudan’s Block 14, a prospect that has been scoped to produce 228,000 ounces of gold annually for the first seven years of a 13.5 life of mine. Proven and probable reserves of Block 14 stood at about 2.85 million oz at an assumed gold price of $1,350/oz.

Rick Clark, Orca’s president and CEO said there was a potential for underground mining. “We stopped [exploration] when we had enough for a feasibility study,” he said.

The region in northern Sudan has attracted hundreds of thousands of Sudanese over the last 10 years which he described as the largest gold rush seen in Africa. The country produces 100 tons of gold a year making it one of the largest in the continent.

The terms of the proposed transaction is for Perseus to issue shares to Orca shareholders which will own 9.1 of Perseus’ enlarged shares in issue. The entry price for Perseus of 83 Canadian cents a share represents a 63% premium to Orca’s closing share price on Friday (February 25).

The offer has the support of Orca’s board and shareholders holding a combined 37% of Orca’s voting shares. Shareholder support will be sought by Orca in late May with the transaction set to be concluded in June, said Quartermaine.

Based on Orca’s feasibility study for Block 14 – which consists of two mineral deposits known as Wadi Doum and GSS – initial capital expenditure of C$321m will be required to build the mine. Quartermaine said Perseus would be able to fund this from cash flow although it seemed likely a combination of debt and equity finance would be agreed.

In addition to Block 14, Orca has a 30% of Montage Gold Corporation, a company listed in Toronto which holds a 100% interest in the 4.3 million oz Koné gold project in Côte d’Ivoire which Clark said had similar gold prodution potential to Block 14.

Quartermaine said the Montage Gold Côte d’Ivoire properties were located near to Sissingué, its 69,000 oz/year producer.

“This is a classic case of one plus one equals three,” said Quartermaine of the proposed transaction with Orca. He also didn’t rule out the prospect of further merger and acquisition activity, saying in response to analyst questions: “Let’s see just wait and see what happens”.