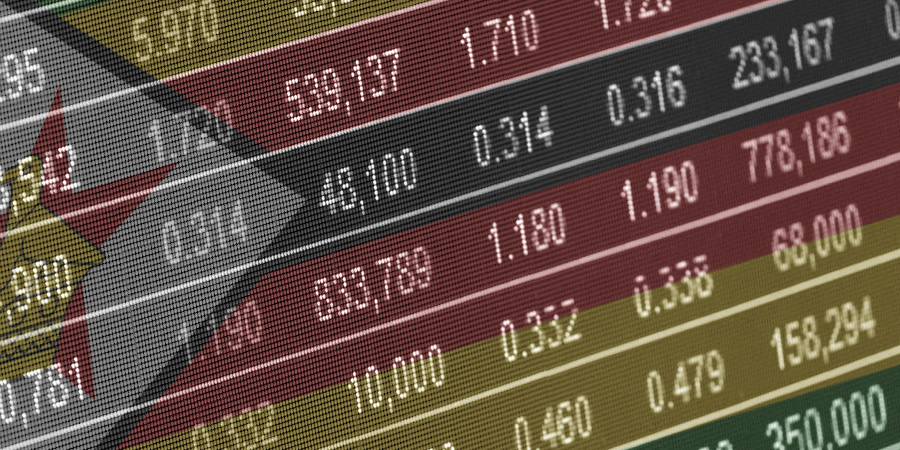 Zimbabwe: Increase Exports Across All Sectors

These needs, and these desires, need to be paid for and so Zimbabwe needs to earn the money so the bills can be paid when presented. That means, unless we can arrange the miracle of US dollars falling from the sky, that we have to export more to earn the foreign currency.

Even if we redollarised to have the local currency the US dollar, we would still need real US dollars to import what we wanted to import.

The expectation that exports are likely to rise 15,5 percent this year to US$7,4 billion when the books close in a month’s time is important. That is the money we need, both to create wealth in Zimbabwe and to pay for what we buy from foreigners.

This year has not just seen the rise in export earnings, but also exports rising faster than imports, so the gap between the two is narrowing. We used to import quite a lot more than we sold outside, and relied largely on Diaspora remittances to make up the gap.

This meant that under the Second Republic we have always had a positive current account, that is larger inflows of foreign currency than outflows, but regrettably this was not the case in the trade account.

Two factors have helped immensely. The first is that we are producing a lot more of the main things we export, mainly minerals and tobacco although manufacturing is starting to make its presence felt and tourism, a sort of invisible export since we are selling holidays while still keeping the resources, has largely rebounded from the major decline caused by Covid-19.

While other exports have been rising steadily, mining has led the way. In 2018 mining output was just US$2,7 billion. Last year it reached US$5,3 billion, doubling in three years, and this year everyone now rationally expects something very close to US$8 billion.

Not all the mining output is exported. Most of the coal stays in Zimbabwe and there is a growing amount of the other stuff that we are now starting to use ourselves to make things, which will accelerate next year when the major Disco steelworks starts its blast furnaces.

But to a very large extent, while mining output increases, the actual volumes consumed in Zimbabwe tend to rise steadily while the volumes exported tend to rise very much faster.

On the other hand imports have been coming down, or at least imports of food are coming down. We are now self-sufficient again in summer grains, and wheat is likely to hover around self-sufficiency for the first time commercial irrigated wheat was grown in shortly after UDI.

At the same time production of oil seed is rising fast, and returning to a diversified mix of soya, sunflower and cottonseed, rather than relying so strongly on soya.

This is one of the main drivers of the fall in bids on the foreign currency auctions; the raw materials for cooking oil and margarine used to be, when the allotments to a group of bidders were totalled, be number one on the auction list. They are still there, but much smaller, and this season sees some really serious efforts to get much closer to self-sufficiency.

Next year a large chunk of the steel import bill, rising rapidly as we push our construction and industrialisation, will start falling as Disco starts making the product in Manhize, and starts exporting. As additional phases of the integrated steelworks are added the basic raw materials for a steel industrial base will be made in Zimbabwe, so we will see new exports but also fewer essential imports.

That still leaves fuel, and even if the Muzarabani oil and gas exploration reveals the sort of reserves that we all hope, so there can be commercial exploitation, this will not be instant.

To a very large extent the Zimbabwean petroleum trade is financed partly out of exports, from the net exporters, and partly by the direct use of diaspora remittances.

In fact fuel and gas purchases are probably now the major conduit for brining diaspora money into the formal economy, and where the diaspora inflows in practical terms balance the trading account.

While the mining industry can continue to push exports, and our farmers can continue their excellent efforts with Government assistance to feed us with ever lower food imports, we need to do more.

We already export tobacco, as leaf, processed leaf admittedly with a fair amount of value added, but still leaf. Once again in his budget Minister of Finance and Economic Development Mthuli Ncube wants to see more manufactured tobacco exports.

Non-smokers might not realise that there is a very wide range of leaf used to make cigarettes and pipe tobacco, and Zimbabwe tends to concentrate on the middle grades of flue-cured Virginia tobacco.

But our industry is now sufficiently developed, and our farmers are sufficiently skilled, that we could widen the range of what we grow, bringing in more of the air-cured and Oriental varieties that provide flavour, and then build our export markets for cigarettes followed by rolling tobaccos, cigars and pipe tobaccos.

We need to start thinking about what other agricultural products we can export once we have filled any gaps in our local consumption and built up some decent reserves.

Here we should be looking more at the luxury and higher value ends, since bulk export of grain from our geographical position is not really ever going to be seriously profitable. This requires a close relationship between farmers and manufacturers to develop new products.

Manufacturers now need, with locally-made steel and other locally-refined metals on the horizon, to start expanding their ranges of goods. Several have noticed that the Government driven upsurge in farming is creating a new market for the right goods at the right prices. Considering that small-scale farming dominates Africa, but that these farmers still want state-of-art equipment, but suitable for their needs, it appears that it should be possible for Zimbabwean manufacturers to carve out a respectable market for quality and suitable products.

Import substitution is all very well, but it can lead to a dead end. Smarter is to work out how to have the best quality at the same prices and move outside the local market into the harsher, but rewarding world of exports, where limits on growth are for all practical purposes non-existent.

Selling into a market of 1 billion obviously has fewer limits than one of 16 million Zimbabweans. We still win, but out of the future industrial giants in Africa it would be a good idea if a few had a Zimbabwean address.

And pushing our exports also creates jobs faster and grows the economy quicker.

Read the original article on The Herald.