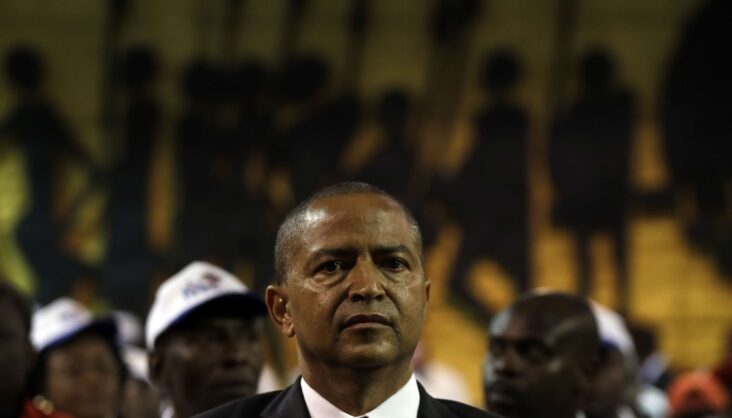 The ex-governor of DRC’s Katanga has emerged as the winner of the legal showdown with NB Mining executive Pascal Beveraggi. Now that the drawn-out court battle is over, Moïse Katumbi’s employees have reclaimed the company’s premises in Lubumbashi.

“We are at the heart of the company’s offices, which Moïse Katumbi’s workers are taking back,” boasts Nonon Dilungidi Nlandu, an employee of the former governor of Katanga, in a short video posted on social media early on Friday 25 September. Filming himself as he walks through the doors of NB Mining Africa’s premises in Lubumbashi, he shows Katumbi’s men reclaiming the company’s headquarters and opening the doors of its offices.

“We have recovered the company and we’ll be starting over from scratch,” says Paul Kaponda in another video. He is a former accountant at Mining Company of Katanga (MCK), Katumbi’s business which sold its mining operations to Necotrans Holding prior to the latter’s bankruptcy in 2017.

Is the legal showdown over?

Katumbi’s lawyers secured the recovery of NB Mining Africa and the entirety of its assets, including premises, by Astalia Investment Ltd, a company managed by the wife of the former governor of Katanga. To achieve this outcome, Katumbi’s legal team based their arguments on a ruling of the Paris Court of Cassation from February 2020, a decision of the Lubumbashi Court dating back to January 2020 and a judgement handed down by Kolwezi Commercial Court in early September.

If Katumbi’s supporters display their satisfaction during the “reclaiming” ceremony of NB Mining Africa’s premises, it’s because the occasion marks the end of a legal showdown that has played out between Katumbi and Beveraggi over several years and involved many judicial and political twists and turns. Kaponda even slipped in a word of gratitude directed at President Félix Tshisekedi who, in his view, “really contributed a lot for justice to be served”.

As for the rival side, Papy Tamba, who works for Beverragi, says: “Today, in the Democratic Republic of Congo, it’s possible to run off with a company of over 2,000 employees on the basis of a default judgement, despite the fact that the defendant – who was not notified – lodged an objection against and appealed the judgement. The law has just now been disregarded in favour of the petty interests of the all-powerful.”

To grasp the ins and outs of this complex case, we have to go back to 2015, when Katumbi, a newly-minted member of the opposition, was planning to enter the presidential race against Joseph Kabila. For this reason, he undertook to divest a portion of his numerous private sector holdings.

In line with this effort, he sold his stake in MCK, a business 85% held by his wife, to Necotrans Mining, a company incorporated under Mauritian law and owned at the time by France’s Necotrans Holding. The contract initially provided that Necotrans Mining was to pay a total amount of $140m (€118m) over three years. One of the deal’s clauses stipulated that the buyer – Necotrans Mining – was prohibited from disposing of the company until the full amount had been paid.

However, when Necotrans Holding went bankrupt in 2017, just $20m out of the agreed-upon $140m had been paid. The entirety of Necotrans Holding’s assets – including MCK’s businesses – were nonetheless sold as part of the liquidation process. While Bolloré Group took over the portfolio of port operations, Octavia, a company managed by Beveraggi, acquired the mining subcontracting activities, which continued to do business under the name NB Mining.

The Paris Court of Appeal nullified the sale on 15 May 2018 on the grounds that the liquidator lacked the authorisation required for the disposal of ex-MCK’s assets. The ruling was later upheld by the Paris Court of Cassation.