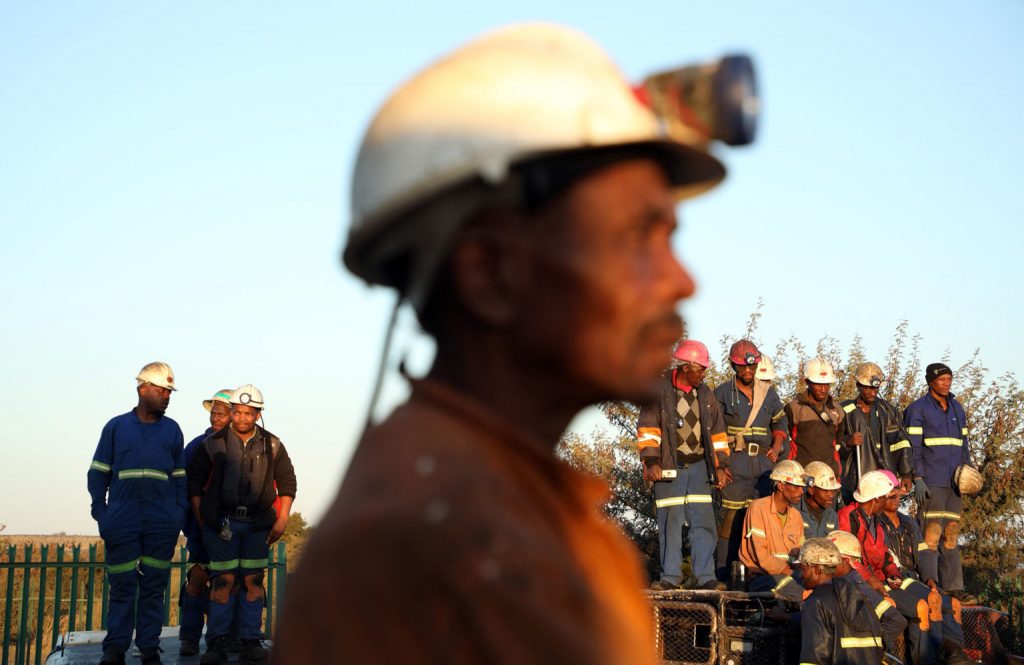 Digging up the past in a pandemic: South African mining industry must learn from its mistakes

What is critical to learn from the past is that the mining industry is not motivated by benevolent intentions when it comes to the wellbeing of its employees. While today it is difficult to conceive of a cover-up the likes of which occurred in Kimberley in the 1880s smallpox epidemic, mining remains an industry primarily motivated by profit.

Dr Richard Cramer is a Postdoctoral Fellow at the SARChI, Research Chair: Mineral Law in Africa, at the University of Cape Town.

The Covid-19 pandemic is not the first time South Africa’s mining industry has had to grapple with the outbreak of disease. However, as an industry that has traditionally put profits ahead of the wellbeing of its employees, it has a poor record of dealing with past pandemics.

With South Africa having emerged from a deadly second wave of Covid-19 in recent months, and while more than 450,000 workers returned to the mines, it is vital to shine a light on this history. As will become clear, benevolence has never characterised the mining industry’s response to public health crises that threaten its employees. It is important to bear this historical context in mind when evaluating the contemporary mining industry’s response to Covid-19.

The intertwined histories of mining and disease

Historically, the industry has had a poor response to protecting the wellbeing of its employees. This has not just been a result of apathy but is due to more sinister motives, as South African historian Howard Phillips details in his book Plague, Pox and Pandemics.

Perhaps no episode better illustrates this than the outbreak of smallpox in the diamond fields of Kimberley in 1883. The outbreak was characterised by a deliberate attempt by members of the medical profession with ties to the mining industry – led by Dr Leander Starr Jameson – to cover up the existence of smallpox, as Russel Viljoen explains in the history journal Kleio.

This was achieved through the spread of misinformation and the suppression of the truth about the disease that was ravaging Kimberley – given credence by the medical credentials of the men behind it.

Many of these doctors had claims in the diamond fields and were supported by powerful men such as Cecil John Rhodes, who wished to prevent the closure of their mining operations. Rhodes insisted the disease that was spreading throughout the diamond fields be merely classified as “chickenpox” instead of smallpox.

Action was only finally taken when public pressure demanded it due to an increase in mortality among whites. Unfortunately, by that time 700 people (in a town of 20,000) had already perished.

The disregard for the wellbeing of mineworkers is similarly illustrated by the next major public health crisis that struck the mining industry — the Spanish flu of 1918-19.

This pandemic came in three waves. The first and milder wave reached South Africa in September 1918 and hit the gold mines of the Witwatersrand. Mines reduced their operations and the industry had to establish temporary hospitals to manage the heavy caseload, due to insufficient space in existing mine hospitals.

Despite the high caseload, deaths among mineworkers during the initial wave were rare. Theindustry viewed the episode as a “temporary inconvenience without serious loss”, as noted by Phillips.

The second wave, however, was incredibly deadly, killing an estimated 300,000 people in South Africa in a six-week period over October-November 1918. Needless to say, the mining industry was hit hard. By early November, an estimated 1,147 mine workers had succumbed to the disease. Nearly a third of the 190,000 strong mining workforce in gold mines were admitted to mine hospitals during this period.

A serious labour shortage resulted from the combination of deaths and disability, as well as from those fleeing the gold mines to escape the pandemic. In the aftermath, the mining industry sought to assuage fears over returning to the mines by claiming that mineworkers were likely better off at the mines. While there was a steady return of workers, this likely had more to do with shortages of food in labour-sending areas than the mining industry’s advertising.

Escape from the gold mines was not truly an escape from the Spanish flu, however. Miners took the disease home when they returned. And those dependent family members who remained after losing a breadwinner who worked on the mines found themselves left destitute.

The exploitative nature of the mining industry provided perfect conditions for the spread of HIV, according to Shula Marks in her article in African Studies. South Africa during the 1980s was characterised by the large-scale movement of people (both forced removals and voluntary migration in search of badly needed economic opportunities). The mining industry, as a core industry that relied on migrant labour, was at the centre of this.

Single-sex hostels and transactional sex (in a society characterised by widely unequal gender relations) contributed to the spread of HIV among mine workers, and the communities to which they returned. The rate of HIV infection among mineworkers reached 10% in 1992, and climbed to a staggering 30% in 2000.

As Phillips points out, when ARV drugs were rendered affordable, big mining companies made them available to those employees who needed them, and other companies followed this example. While the mining industry’s response to the HIV/Aids epidemic can be praised for its effectiveness since the ARV drugs were affordable, it is an approach that appears to be largely motivated by mining companies’ bottom lines. It simply made financial sense for companies to adopt this more proactive approach, Phillips notes.

A past we cannot ignore in the present

What is critical to learn from the past is that the mining industry is not motivated by benevolent intentions when it comes to the wellbeing of its employees. While today it is difficult to conceive of a cover-up the likes of which occurred in Kimberley in the 1880s, mining remains an industry primarily motivated by profit.

With Covid-19, the mining industry has, as expected, engaged in the necessary PR, stressing its commitment to the wellbeing of its employees and their communities, and outlining the measures its members are taking, such as rapid detection and isolation of those who may be infected. It is also providing daily statistics on the number of confirmed cases among its employees.

However, it is vital that this apparently positive approach not lull us into a false sense of security.

It is important that civil society, as well as mine communities and unions, hold the industry to account to ensure greater transparency about the wellbeing of mineworkers in the midst of a public health crisis.

The possibility of closing mines was touted as a possible “last resort” in combating South Africa’s second wave of Covid-19. With the likelihood of an imminent third wave hitting South Africa, it is necessary to ask what would trigger the decision to take such a drastic step. Would such a step take place when the cost of lives is considered too high? Or would such a step only be taken where the continued profitability of mining in a public health crisis is in question?

Sadly, history tells us good faith on the part of those who make these decisions cannot be assumed.