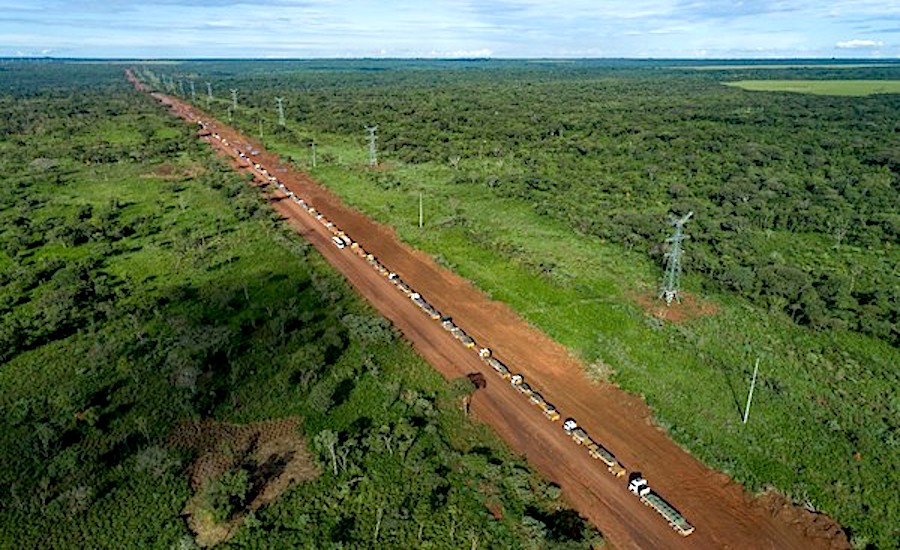 Ivanhoe Mines (TSX: IVN) said on Monday is expects to produce between 290,000 to 340,000 tonnes of copper in concentrate in 2022 at its Kamoa-Kakula copper complex in the Democratic Republic of Congo (DRC).

The Canadian miner, which began production at the asset last year, said output for the year ended December 31 yielded 105,884 tonnes of copper concentrate, which exceeded the upper end of the increased guidance range of 92,500 to 100,000 tonnes. The year-end total was boosted by record monthly production of 18,853 tonnes achieved in December, the company said.

Ivanhoe said it is now focused on completing the mine’s Phase 2’s concentrator plant expansion, which is expected to start production in the second quarter of 2022, about three months ahead of schedule.

The company said the project will double the mine’s nameplate milling throughput to 7.6 million tonnes per annum (Mtpa). Phases 1 and 2 combined are forecast to produce approximately 400,000 tonnes of copper per year.

The Phase 3 expansion is also advancing, Ivanhoe said, with work ongoing on new box cut to open up the Kamoa mine. An updated pre-feasibility study (PFS), including the Phase 3 expansion, is expected in the third quarter of the year.

“Our outstanding team of geologists is confident that the Kamoa and Kakula mines are just the initial discoveries of a major new mining district, which extends the storied African Copperbelt in a southwesterly direction all the way to the Zambian border,” Ivanhoe co-chairperson Robert Friedland said in the statement.

“We will be conducting an extensive drilling campaign on our majority-owned Western Foreland exploration licences this year to unlock the potential of this highly-prospective ground,” Friedland noted.

Ivanhoe inked a deal in June with China’s Zijin Mining’s DRC subsidiary and trader Citic Metal to sell each 50% of the copper production from the mine.

Mining billionaire Friedland has said the project will become the world’s second-largest copper mine and the one with the highest grades among major operations.

He also believes the DRC has the potential to become the world’s top copper producer, overtaking Chile.

The company has also vowed to produce the industry’s “greenest” copper, as it works to become the first net-zero operational carbon emitter among the world’s top-tier copper producers. Friedland has not yet set a target date for achieving that goal.

Ivanhoe also is advancing development of the Platreef palladium-rhodium-platinum-nickel-copper-gold discovery in South Africa, scheduled to begin production in 2024. A feasibility study for the project should be completed in early 2022, the miner said.

In the DRC, the company is upgrading the historic Kipushi zinc-copper-lead-germanium mine, for a resumption of production.

Ivanhoe shares have doubled in value over the past year and were trading more almost 4% higher on Monday in Toronto at C$11.09 a piece. The company has a market capitalization of C$13.17 billion ($10.4 billion).