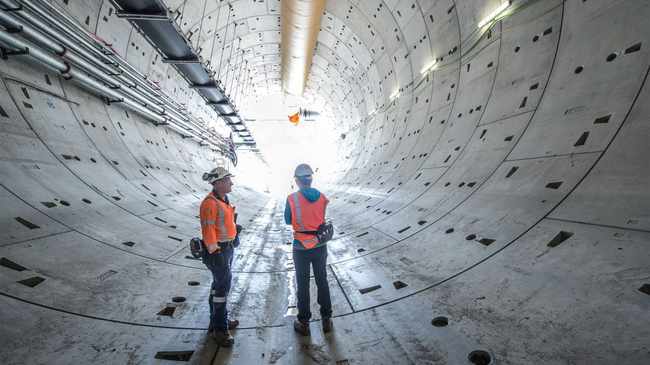 AVENG, the construction and open-cut contract mining group, said it had grown work-in-hand by 15.9 percent to R29.1 billion as at December 31, a trading update said Thursday. Photo Supplied

“McConnell Dowell, Moolmans and Trident Steel have met expectations for the six month period ended December 31, 2021 at both revenue and operating profit levels, despite challenging conditions,” the group said – Aveng has been significantly restructured over the past few years after facing severe financial difficulties.

McConnell Dowell’s operating profit was expected to be in line with budget for the six month period.

Despite ongoing effects of the pandemic, including restrictions on the mobility of staff across all operating regions, “the business continued to show resilience and has built on the momentum gathered in the prior reporting periods,” the group said.

The Australian business unit performed well while New Zealand had a slow start but showed positive signs of recovery in the latter part of the six months.

Southeast Asia proved a challenging environment due to pandemic restrictions across the five countries in which the group operates.

At Moolmans, the group’s contract mining subsidiary in Southern and West Africa, the Kolomela contract was profitable for the six months after remedial plans were implemented.

The Tshipi contract had been renegotiated with improved commercial terms. A new 5-year contract with this long-term client was being negotiated.

Negotiations continued with other clients to extend and expand production on existing contracts, taking advantage of the fleet of heavy mining equipment as it became available.

The Gamsberg contract came to an end on December 31 as Moolmans and the client could not agree on acceptable commercial terms, which was in line with the strategy of focusing on projects that were commercially viable.

Moolmans operating profit was expected to be in line with the budget.

Trident Steel continued to outperform. Operational profitability was expected to exceed budget. Aveng remained committed to dispose of this business and Negotiations were underway with various parties.