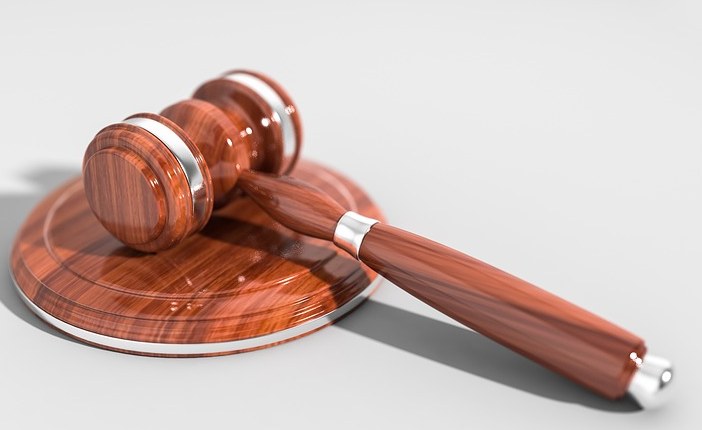 The miners allege that the six made defamatory statements and comments about them variously in books, interviews and/or presentations more than five years ago.

On Thursday the court heard an appeal by the plaintiffs against the finding by Western Cape Deputy Judge President Patricia Goliath last year that their defamation case constituted a so-called SLAPP (Strategic Litigation Against Public Participation). She stated in her judgment that the miners’ action “matches the DNA of a SLAPP suit”.

It emerged during Thursday’s hearing that if confirmed by the Constitutional Court the finding by Deputy Judge President Goliath could pave the way for the defendants to apply to have the case separated into two parts.

Then, in an initial “mini” trial, the defendants would be able to argue their special SLAPP defence plea, to the effect that the defamation action by the miners constituted an abuse of the court process because it had been brought with an improper purpose: to silence, intimidate and censor critics like themselves, the public and the media.

In turn, if this argument was accepted by the trial judge, it could result in the case being dismissed before any consideration of the actual merits of the alleged defamation, the Constitutional Court heard.

One of the plaintiffs’ legal team, advocate Johan de Waal SC, told the court that if it dismissed his clients’ appeal , the outcome would probably be a split trial in which they, the plaintiffs, would be on trial and would be cross-examined about their allegedly improper motives for bringing the defamation action before being able to argue the merits. “Only if they survive that will they be able to continue,” he said.

The plaintiffs’ lead counsel, Peter Hodes SC, told the court that having an ulterior purpose in bringing a defamation case was, on its own, insufficient to constitute an abuse of court process, and that there was no need for the court to develop the common law to incorporate a SLAPP defence. In his 57 years of legal practice, he had not seen any proliferation of SLAPP suits in South Africa. If there was any need for dedicated SLAPP legislation, this should be left to the legislature.

Hodes acknowledged that the plaintiffs did not expect to be awarded the full amounts sought for damages as claimed in their papers. “But it doesn’t mean we don’t expect to get something from the defendants,” he added. “We have an alternative: to seek an apology, and we do expect to win in respect of the most egregious allegations.”

Geoff Budlender SC, for the defendants, told the court it was clear that the plaintiffs were not after money. “That’s not what is driving this litigation. It’s been brought for an ulterior purpose.”

The defendants appealed one aspect of Deputy Judge President Patricia Goliath’s judgment that went against them: she upheld the plaintiffs’ argument that for-profit trading corporations are entitled to general damages for defamation without having to prove that an alleged defamation constituted a falsehood, had been wilfully made, and had resulted in actual quantifiable (patrimonial) loss.

Steven Budlender SC, also for defendants, told the court that this was an issue that had been debated in local and overseas courts for many years. “It’s been batted backwards and forwards by our courts for over a hundred years … It’s now ripe for determination by this court,” he said.

Legally, for-profit companies were juristic persons (as opposed to natural persons) and were “not bearers of the right to human dignity”. While juristic persons had the right to reputation, this was not protected by the Constitution, he argued. There was no real debate between the parties in this case about the “real, chilling effect” on freedom of expression posed by the threat of substantial general damages awards, he added.

The Constitutional Court’s decision will be closely watched by Gauteng environmental organisation the Greater Kyalami Conservancy (GEKCO), which is being sued by two landowner and property developer companies for some R197 million. The conservancy is defending the action and has filed papers arguing that this case also amounts to SLAPP litigation.

Two companies, Century Property Developments and Riversands Developments, are suing GEKCO chairperson Kristin Kallesen and the conservancy for damages in relation to their proposed developments at Diepsloot and at Zevenfontein, both near Fourways in Gauteng.

Fikile Mbalula is going after us for R2 million. We must be doing something right. Support news that matters. Please donate to GroundUp.