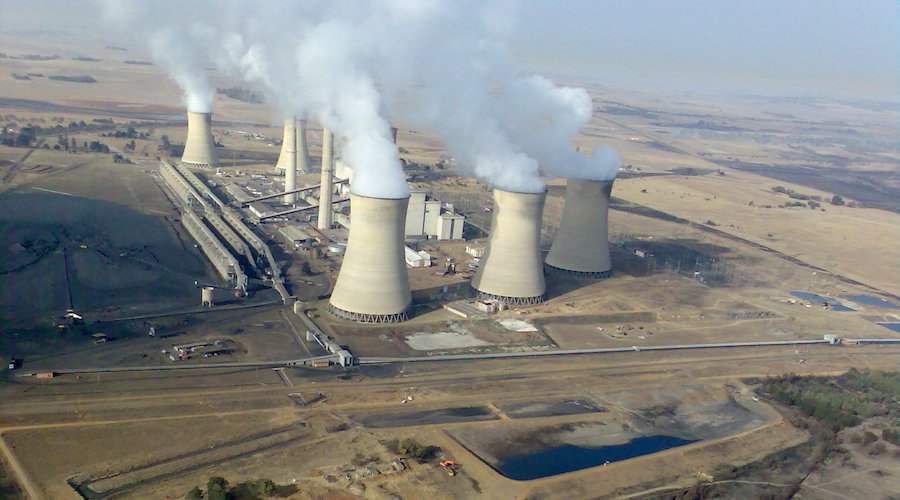 A group of the world’s richest nations that pledged $8.5 billion in climate finance to South Africa wants the money to be used to retire coal-fired power plants, according to a senior U.S. official involved in the talks, damping suggestions some could be channeled to producing electric vehicles and green hydrogen.

The funds pledged by the U.S., U.K., France, Germany and the European Union and announced at the COP26 climate summit in Glasgow in November, can also be utilized to construct renewable energy facilities, the official said, asking not to be identified as the talks are private.

The money can also be used to:

Cushion communities dependent on coal during the transition to green energy

The aim is to conclude a deal, complete with investment plans, by the COP27 climate summit in Egypt in November at the latest, the official said.

The stance helps clear doubts about the use of the funds. State-power utility Eskom Holdings SOC Ltd. had initiated the talks last year in a bid to raise money to help reduce its reliance on the coal that is used to generate more than 80% of South Africa’s electricity. Meanwhile, the trade and industry ministry has been lobbying to use the financing to develop new, climate-friendly sectors in the economy, such as electric vehicles and green hydrogen.

When initially announced, the deal was hailed as one of the standout achievements at COP26 and is seen as a prototype of a funding model that could be used to decarbonize other coal-dependent nations. South Africa is the world’s 12th-biggest source of greenhouse gases, with Eskom accounting for about 40% of its emissions.

The option of channeling money to other industries was raised soon after talks on the details of the deal began. South Africa’s automotive industry is one of its biggest exporters and needs to transition to electric vehicles to maintain its market share, while an abundance of sun and wind means the country could be a competitive green-hydrogen producer.

Any money for electric cars and hydrogen will likely come from bilateral deals as the closure of coal plants will be a quicker way of cutting global emissions, the official said. In February, South African President Cyril Ramaphosa spoke of plans to attract $18 billion of investment into a green hydrogen industry and Trade, Industry and Competition Minister Ebrahim Patel said Germany had identified the nation as a potential source of the fuel.

Green hydrogen, which is made by splitting water using renewable energy, is seen as a way of decarbonizing activities such as steelmaking and shipping. The country doesn’t currently make green hydrogen on a commercial scale or produce any electric vehicles.

Eskom and the Department of Trade, Industry and Competition didn’t immediately respond to queries.

The $8.5 billion, which will come in the form of concessional loans and grants, could also be a catalyst for additional private investment, the official said.

Eskom has proposed closing a number of its 17 coal-fired plants and replacing them with renewable energy and possibly gas, as well as converting the stations to other uses to limit the impact on jobs. There are about 90,000 coal miners in South Africa with most mines and coal-fired plants in the eastern province of Mpumalanga.

Funding for transmission lines would see the grid strengthened in the Northern Cape, an arid province with almost uninterrupted sunlight, and in the Eastern Cape, which is suited to wind plants. Eskom, which has forecast that it will have 416 billion rand ($27 billion) in debt by the end of March, has previously estimated that it needs 180 billion rand to expand its transmission and distribution networks.