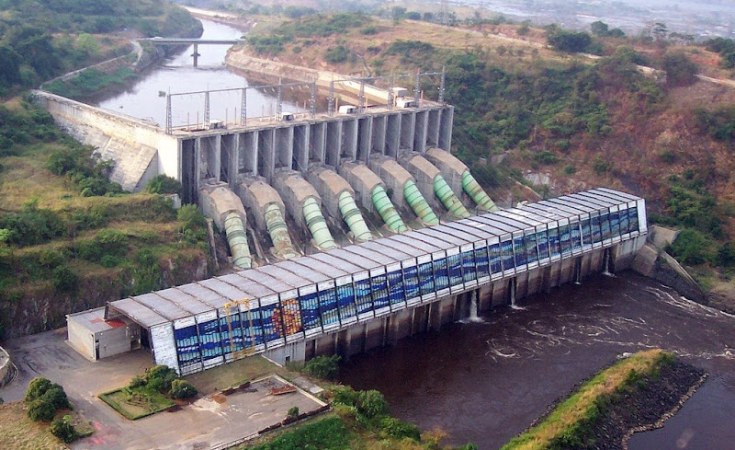 The proposed project in the Democratic Republic of Congo is likely to create more impoverished and displaced communities while serving the interests of private capital and the political elite.

A month has passed since at least 26 traders and shoppers were electrocuted at the Matadi-Kibala food market in Kinshasa, Democratic Republic of Congo (DRC), when a high-voltage power cable snapped and its exposed live end landed in a water-filled ditch. For many Congolese activists, the irony in this tragedy is that the people who were killed, mostly impoverished women traders, were unlikely to have electricity at home – and the market itself is also not electrified.

“People see the power lines above them, but they don’t have access to that electricity. It’s not right for these people to die of electricity yet they don’t have it in their homes,” said Kambale Musavuli, a human rights activist and spokesperson of the non-governmental organisation Friends of the Congo, which is based in Washington DC in the United States.

Despite huge hydropower potential in the DRC, the International Energy Agency estimates that the vast majority of Congolese – at least 79 million people out of a population of about 90 million – do not have access to electricity. Its two hydropower plants on the Congo River, Inga 1 and 2, operate far below capacity because they have fallen into disrepair. Built in 1972 and 1982 respectively, their construction left the government mired in debt and the communities displaced have neither been compensated nor do they benefit from the electricity generated.

The government announced the Inga 3 hydroelectric project in 2004. Located on the Congo River southwest of the capital, it is the first phase of the Grand Inga scheme, an endeavour to build the world’s largest hydropower dam in the DRC, unseating the Three Gorges Dam in China. Inga 3 has, however, never really got off the ground because of a failure to attract long-term investment, project delays, corruption and political instability.

To date, there is scant evidence of meaningful engagement with the estimated 38 000 people upstream and downstream who will be affected by the construction of the Inga 3 dam. The Permanent Peoples’ Tribunal, which held public hearings on transnational corporations in southern Africa in 2018, heard testimony from communities affected by the Inga project. It said that the displaced people had become caught in “development-induced poverty” and noted a “sophistication in the relationship between states and transnational corporations amounting to aiding and abetting the exploitation of natural resources to the detriment of the communities affected”.

Brian Kamanzi, a renewable energy engineer and independent researcher, says none of the so-called development that has taken place has emerged from democratic processes in which companies aim to provide affordable, reliable electricity to the Congolese. Most of it has been one-sided development mainly for private interests such as mining companies, which can also exploit advancements in technology.

His views are echoed by the non-profit International Rivers Network (IRN), which has for years opposed the project, noting that the 1 770km transmission line from Inga to copper mines in the DRC’s Katanga province bypasses “nearly every town and community underneath” it. It also points out that Inga 3’s beneficiaries would not be local residents but large mines in the country as well as industrial and urban centres in South Africa, which has committed to both funding and procuring electricity from it.

Kamanzi adds that South Africa has investments in many sectors in the DRC, including mining interests, that would benefit from a stable power supply. “We are one of the main anchor tenants that have historically been interested in establishing the Grand Inga project to realise its full potential because it would magnify the historical project of the mining-energy complex,” he said. This complex, he added, has never been a South African project only. “It has used labour and physical resources from across southern Africa for extraction and then cheap export to the imperial centres.”

One such project was the Cahora Bassa hydroelectric plant on the Zambezi River in Mozambique, currently the largest in southern Africa, which was started by the Portuguese in the 1960s and still supplies power to South Africa. Even earlier, in the early 1900s, there was a plan to build a large hydroelectric plant at Victoria Falls in the then Rhodesia to power gold mining in the Transvaal, but this was soon abandoned.

“They wanted to build a massive hydroelectric dam on Victoria Falls to power the Witwatersrand, but they ended up deciding to use coal, which was locally available,” said Kamanzi. “They used the money that they had generated from speculating off that project to establish private power companies, which then became Eskom.”

Kamanzi says the DRC has never been able to build a capable state, and the government’s inability to strengthen its institutions and efficiently collect taxes has meant it relies on foreign investment to complete the Inga 3 project. “What is the track record of foreign direct investment in Africa for electrification?” he asked. “It is over 600 million people left without electricity. If you can point to a country in the world that has had mass-scale rural electrification from foreign direct investment, I’ll be shocked. You need to spend public money on [rural electrification] because it’s an equity issue.”

Musavuli agrees and says there should be no delusions about who will benefit most from Inga 3 should it be completed. “That is foreign private capital coming to make profit, which has nothing to do with the development of the people. It’s private interest, it’s private capital. Private capital seeks profit.”

He says what happened at the Matadi-Kibala market is a metaphor for what is happening in the DRC, where the political elite and multinational companies extract and reap the benefits of the country’s natural resources while locals’ lives and livelihoods are negatively affected.

“While we are sitting beside the mighty Congo River that has the potential to provide electricity, it’s not harnessed for the interests of the Congolese or African masses, nor is it geared towards the development of the African continent, and that’s the continuous struggle.”