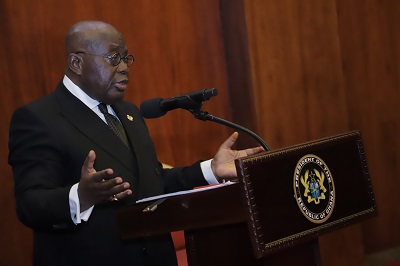 Tarkwa — The Minister of Lands and Natural Resources, Samuel AbdulaiJinapor, is courting the support of mining companies towards transforming Ghana into a mining hub in Africa.

He explained that currently, the government was focused on building linkages of the various value chains to create jobs and wealth.

Among other things, he said, the government was working towards establishing a mining financial centre as part of the conducive environment needed to grow the mining industry.

Mr Jinapor was speaking at Tarkwa in the Western Region yesterday when he undertook a working visit to Goldfields Ghana Limited to assess their level of operations.

He said despite the efforts of government, the absence of cooperation from mining companies would hamper any progress which could be realised.

“We cannot do without the partnership of companies like Goldfields. We should not operate on the basis of adversaries.

We must work together as partners with a common agenda. I am committed to this partnership to build Goldfields and all other mining companies,” Mr Jinapor stated.

He said the government would further ensure the implementation of all recommendations that would make mining and related activities safe and healthy.

He commended the company for undertaking reclamation and re-vegetation of mined lands saying that greening Ghana was another area which required the efforts of all.

“Let’s engage in greening our country to contribute to the global fight against climate change,” the Minister added.

He noted that the company had invested US$79 million since 1998 toward the rehabilitation, closure, planning and alternative livelihood programme that include the development of oil palm seedlings and economic plants.

He said the company had enhanced its safety mechanisms resulting in reduction in injuries from 69 to five from 2010 to 2021.

MrDempah said the company was presently processing 40 million tonnes per annum with a processing recovery of 97 per cent.

To extend the Tarkwa life of mine by 10 years, he indicated that Goldfields was undertaking feasibility studies to determine project viability and next steps.