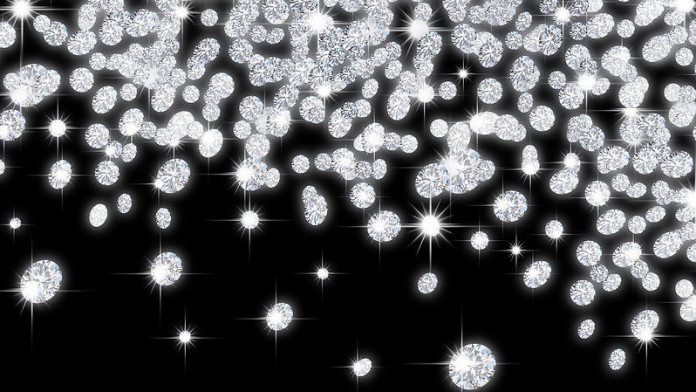 ANGOLA, long viewed as “elephant country” by geologists searching for major diamond strikes, is finally getting the exploration attention it deserves after a radical transformation of its mining policy. The reforms are pulling diamond explorers back into the country.

Over the past year, mining majors Rio Tinto and De Beers have returned to explore for the “holy grail” of a major kimberlite deposit matching existing mines like Venetia. De Beers’ parent, Anglo American Corporation, is also back in Angola looking for copper and nickel.

According to Angolan state-owned diamond mining company Endiama GM Pedro Galiano, these are likely to be followed by private investors from China and Dubai, who he says are “interested” at this stage.

Galiano says Angola’s aim is to become one of the world’s three biggest diamond producers within five to 10 years. The country produced around eight million carats in 2021 – of which 80% came from the Russian-owned Catoca mine – and Galiano estimates 2022 production at more than 10 million carats. He adds that Angola is looking for a 25% rise in diamond output over the next five years.

Angola has not always been so attractive to exploration firms despite it being arguably the most prospective country in the world to look for a major diamond kimberlite pipe. That’s because onerous mining regulations imposed by the government under the late former president Jose Eduardo dos Santos, as well as widespread corruption, blighted exploration and mining for roughly a quarter of a century. It led to an exodus of diamond mining explorers and companies in the early 2000s.

It all changed when Dos Santos stepped down in 2017 to be replaced by João Lourenço, who came in vowing to reform the Angolan economy and deal with the corruption and nepotism of the previous administration.

It has taken him nearly five years, but confirmation of his success comes from the return of De Beers, which pulled out in 2012 but has now taken up two mining licences for periods of 35 years.

De Beers CEO Bruce Cleaver comments that “Angola has worked hard in recent years to create a stable and attractive investment environment and we are pleased to be returning to active exploration in the country.

“Angola remains highly prospective and we look forward to being part of this next stage in the development of Angola’s diamond sector.”

Angola’s attraction is that not only is the country highly prospective but it is relatively underexplored and the diamond mining groups are desperate to find new mines. There have been no major diamond discoveries since those made in Canada some 40 years ago. Those mines are now winding down.

Says consulting geologist John Bristow: “Much of Angola sits on the Central African Craton and the African craton structures have been jewel boxes for the discovery of diamonds. Also, Angola has not been explored using modern exploration technology, such as high-resolution aeromagnetic surveys.”

In addition to the stable political conditions in the country created under Lourenço, the regulations applicable to diamond mining companies operating in Angola have been radically overhauled. According to Galiano,  Endiama has a 25% free equity carry in any new mine – because of the initial prospecting work and provision of infrastructure done by government – but any increase above that level will be bought at market rates. However, the foreign company will be able to keep absolute – at least 51% – control of its mine.

Galiano says the adjudication of the bidding proposals through Sodiam to buy the diamonds for all clients will be transparent.

The terms of Rio Tinto’s contract in Angola are that it has formed a joint venture with Endiama over the Chiri kimberlite deposit, in which it owns 75% and Endiama 25%, but the contract “leaves open the possibility for Endiama to increase its holding to 49%”.

That is a vast improvement on the previous arrangements. One of the companies that suffered the worst under the previous system was the formerly JSE-listed Trans Hex.

One of the quickest wind-ups in mining journalism was to ask then Trans Hex CEO Llewellyn Delport pointed questions about what exactly was going on with his troubled Angolan operations. The response was always a pained facial expression and a reply along the lines of: “Why do you keep asking me those questions? You know I cannot answer them.”

The reason for his reticence was that the Angolans were extremely sensitive to any criticism and that could lead to repercussions for the company.

Trans Hex got involved in Angola in 2001 through initiatives led by former chairman Tokyo Sexwale, who was drawing on his political contacts in the country. But it rapidly turned into a mess with the then CEO, Calvyn Gardner, quitting abruptly in 2003. Delport inherited the job of cleaning up that mess, which took him around 10 years.

The real situation on the ground was spelt out by Petra Diamonds when it got out of Angola in 2008 and, clearly, felt it had nothing to lose from telling it like it is. Petra revealed that the foreign mining company was not allowed to own more than 40% of any project, with the balance of the equity held by the Angolan government through Endiama and other nominated Angolan partners. Despite this, the foreign company had to fund 100% of the capital expenditure upfront.

Angola remains highly prospective and we look forward to being part of this next stage in the development of Angola’s diamond sector.

Once the mine was operating, the foreign mining company had priority over revenues generated until the capital outlay was recovered but it might still only get some 80% of the initial revenues because of profit-sharing agreements with the Angolan partners.

Judging by what happened at Trans Hex, it seems the Angolan partners also got directly involved in the mining operations at times – for example, trying to force the operators to keep loss-making operations going.

In the current situation, according to Richard Morgan, who is head of government relations at Anglo American, it now “helps that the Angolan government keeps materially out of the mining industry”.

The irony for South Africans is that this turnaround in Angola’s attitude to the private mining sector is being overseen by Jacinto Rocha, who was the deputy director-general at the Department of Mineral Resources & Energy (DMRE) in 2005, when the Minerals and Petroleum Resources Development Act was imposed on the South African mining industry.

Rocha is CEO of Angola’s National Agency for Mineral Resources, which is responsible for the regulation of the country’s mining industry as well as promoting the industry to new investors.

The terms Angola is offering are vastly more attractive to mining investors than the current requirements to go mining in South Africa, with, in particular, the fact that there is no requirement for black economic empowerment (BEE) in Angola. Rocha – who was extremely unpopular with many South African mining executives during his tenure at the DMRE – sees no issue with that, commenting: “I was just doing the job. In South Africa I was implementing the BEE policy laid out by the South African government for the mining industry and, in Angola, I am implementing the policy laid down by the Angolan government.

The histories of the two countries are completely different. There is no need for BEE in Angola because there was no apartheid in Angola.

“The histories of the two countries are completely different. There is no need for BEE in Angola because there was no apartheid in Angola.”

Rocha adds that Angola now has “a positive, welcoming attitude to investors, and the new government has taken a very hard stance against corruption. The mining companies coming back can see that government now practises what it preaches. It does not say one thing and do another.”