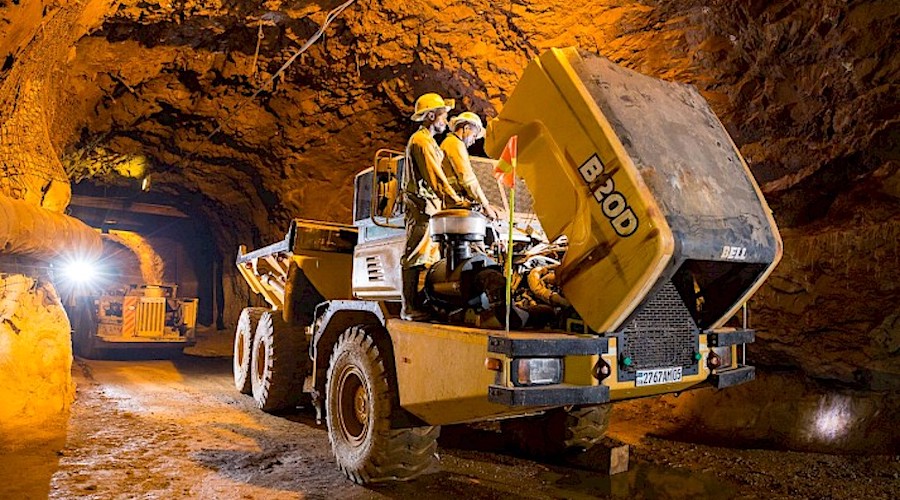 Ivanhoe, Gecamines kick off construction at Kipushi zinc mine in DRC

Kipushi employees fine-tuning a new underground mining vehicle in preparation for the resumption of operations. (Image courtesy of Ivanhoe Mines.)

In a breaking-ground ceremony, the companies’ joint venture, Kipushi Corporation, said pre-production capital costs, including contingency, was estimated at $382 million.

It noted that the use of existing, rehabilitated surface and underground infrastructure would allow the JV to keep costs relatively low while taking two years to reach production.

“Kipushi is exceptional, not only because of the renowned Big Zinc deposit, which is one of the world’s richest orebodies, but more importantly because of the people of Kipushi and the unique partnerships that make today’s ceremony possible,” Ivanhoe Mines’ president, Marna Cloete, said in a statement.

The Kipushi 2022 feasibility study envisions an 800,000-tonne-per-annum concentrator and underground mine, producing an average of 240,000 tonnes of zinc anually over a 14-year mine life.

The companies said that once in production, Kipushi would be the world’s highest-grade major zinc mine, with an average head grade of 36.4% over the first five years of production.

Ivanhoe, Gecamines kick off construction at Kipushi zinc mine in DRC

Ivanhoe has also signed a memorandum of understanding (MOU) with the provincial government of Haut-Katanga to study options for upgrading the DRC-Zambia border crossing, in the town of Kipushi, for commercial imports and exports.

The plan is to build a dedicated, commercial border post for the Kipushi mine and upgrade the existing one in the town of Kipushi, which currently only serves local traffic between DRC and Zambia.

The mine has a long and storied history as a major producer of copper and zinc. Built and then operated by Union Minière for 42 years, it began mining a reported 18% copper deposit from a surface open pit in 1924. It was the world’s richest copper mine at the time.

Kipushi then transitioned to become Africa’s richest underground copper, zinc and germanium mine. Gécamines gained control of the mine in 1967 and operated it until 1993, when it was placed on care and maintenance due to a combination of economic and political factors.