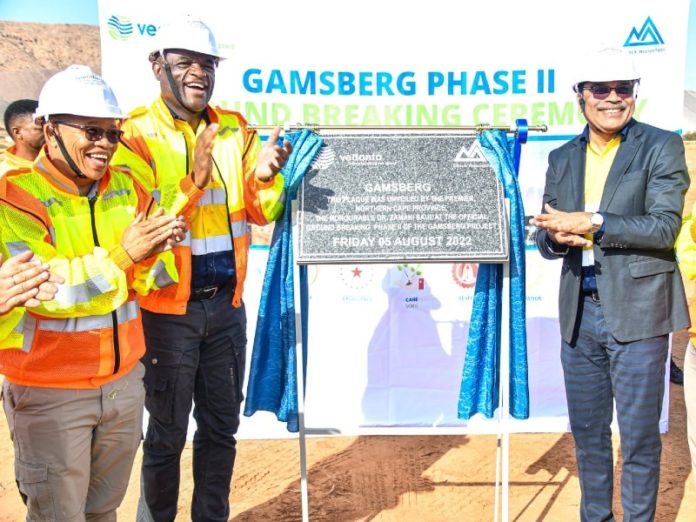 Vedanta has signed two MoUs with the state of Gujarat of India to set up a semiconductor fabrication plant commonly referred to as a fab unit, a display fab unit, and a semiconductor assembling and testing unit in Ahmedabad in western India.

This is a milestone project that will attract electronics ecosystem players across the value chain which entails manufacturers of highly sophisticated and sensitive equipment, materials, and equipment service providers among others that will put the state of Gujarat on the global silicon map.

The project envisages a total investment of US$22 billion that will provide employment to around 100,000 people.

“We are proud to be part of an organisation that is focused on Growth, Diversification and Transforming communities. Vedanta is always open to new investment opportunities such as this one in other international locations like South Africa, Namibia, and Zambia in partnership with the government.

“We are looking forward to leveraging some of the knowledge and resources from India’s JV investment and applying it to the Southern Africa Market. Vedanta is committed to all its current and future growth projects in Southern Africa and is continuously looking for investment opportunities that will contribute to the region’s economic success.”

VZI has invested R6.5 billion into Gamsberg Phase I and has created permanent jobs of >1000 in South Africa and VZI’s future in South Africa remains bright with a recent R7 billion investment into the expansion of Gamsberg Mine and a R650 million investment into their newest iron ore project at the Black Mountain Mining Operations. Both projects are promising to create around 1500 jobs once fully operational.

Speaking on the signing of the MoUs, Vedanta Chairman Anil Agarwal, said:

“We are delighted to announce that Gujarat will be the location for our display and semiconductor fab ventures. The state is well known globally for being a manufacturing hub and I hope that India’s upcoming, cutting-edge electronics ecosystem will thrive, with every state benefitting to develop their electronic manufacturing hubs.

“We are privileged to take one step further in supporting Prime Minister Modi’s vision of Aatm Nirbhar Bharat in this strategic sector.”

“I am delighted that the semiconductor plant will come up in the industrial state of Gujarat. We applaud the efforts made by the Government of Gujarat, home of Prime Minister Narendra Modi, to attract semiconductor development and upgrade government efficiency.

“Located in the western part of India, Gujarat has been recognized for its industrial development, green energy, and smart cities. The improving infrastructure and the government’s active and strong support increases confidence in setting up a semiconductor factory.

“We look forward to working with our partners and the Gujarat leadership to further enhance the infrastructure required to cater to the ambitious semiconductor project.”

The broad plans for a semiconductor unit in India were announced after the COVID-19 pandemic upended global supplies of crucial electronic components used in everything from smartphones to cars. India has vowed to spend $30 billion to overhaul its tech industry and build local chip supply chains to avoid being dependent on foreign producers.