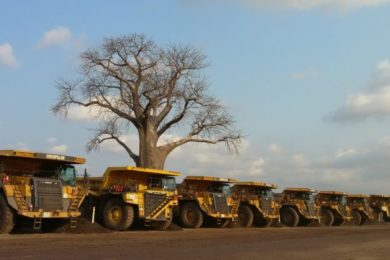 Mota-Engil picks up mining contract at Vedanta’s Gamsberg mine

Portugal headquartered mining contractor Mota-Engil says it has been awarded a contract worth €240 million via its African subsidiary for the preparation, excavation and transport at the Gamsberg zinc mine in the Northern Cape in South Africa.

The contract was signed with Gamsberg operator Black Mountain Mining (Pty) Ltd (BMM, a subsidiary of Vedanta Ltd), to establish the start of the works in April 2021 with a maximum duration of 96 months. The activity to be performed will involve site preparation, drilling, blasting, excavation of waste and ore and its transportation to designated dumps and stockpile areas. It also includes the construction and maintenance of roads, dewatering and lighting.

The company said: “With this new contract in an area of increasing importance for the Group – mining services – Mota-Engil Africa sees its order book strengthened to a record level, supporting a level of sustainability of the Group in this period of major challenges for companiesdue tothe global economic context.”

The Gamsberg open pit mine and processing plant are located about 30 km from the main underground operations of Black Mountain Mining (BMM) at Aggeneys, a mining town in the province. Vedanta holds 69.6% of BMM, Exxaro Resources, a leading South African BEE company owns 24.4% and ESOP holds 6%. It produces some 400,000 t of ore per month.