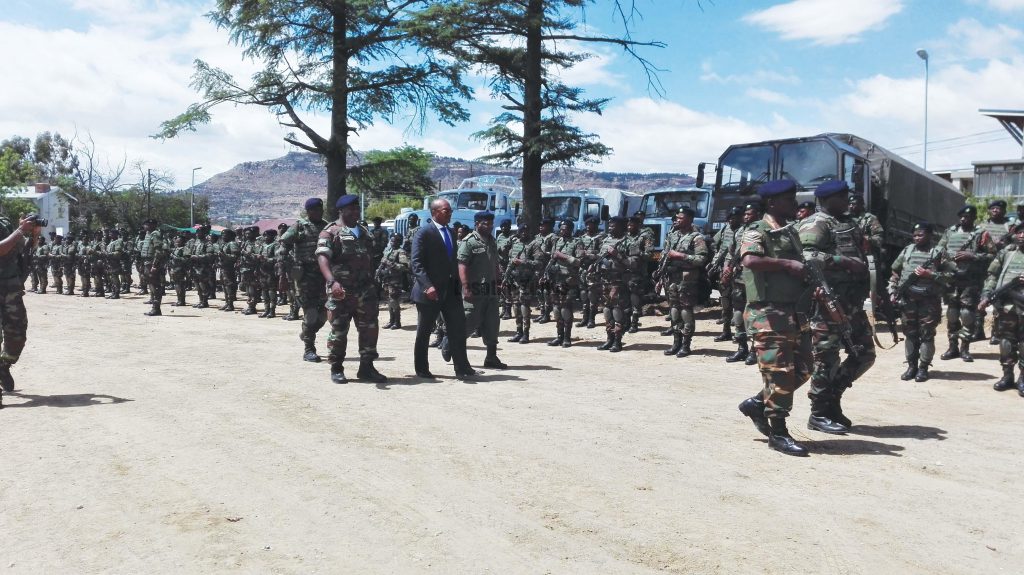 Southern Africa: Deployment of SADC Troops in Cabo Delgado Isn’t an End in Itself

While a regional military response to the insurgency in Cabo Delgado must be welcomed and commended, the deployment of SADC troops alone will have limited consequences in eliminating the risk of conflicts in other parts of the region. SADC is now in a race against time because any delay in organizing a robust and effective regional response against the insurgents; the more difficult it is likely to get to deal with the problem.

The Islamic insurgency in Cabo Delgado shouldn’t make us forget about the origins of the conflict and the deployment of troops shouldn’t be an end but a means to an end. The Islamic militant group Ansar al-Sunna also locally known as al Shabaab has benefitted from existing localized grievances that had been ignored by the Mozambican government for many years. In 2019, the group claimed allegiance to Islamic State which has given the group an international outlook.

The insurgency began on 5 October 2017 with a two-day occupation of Mocimboa da Praia. In the subsequent nearly three years, there has been fighting in the 10 north-eastern districts of Cabo Delgado. The conflict has been inspired by local socio-economic grievances that have remained unresolved for a long time. At the moment, virtually all agriculture land has been designated for mining exploitation and exploration with the remainder of the land controlled by the political elites. With thousands of people thrown off their land, the locals have had no legal means of earning a living.

Due to lack of employment, economic opportunities, health and education facilities, the population is Cabo Delgado has felt abandoned and marginalized by the central government. For years, the locals have seen the profits from mining, newly discovered natural gas, hard wood exports and other illicit trades leaving the region while the local population languishing in absolute poverty.

With institutionalized corruption at all levels of government, the locals have felt betrayed for many years which has led to the militant group taking advantage of the hostile environment. The armed rebellion is only symptom of failure of governance and should be perceived as a warning to other SADC member states due to similar demographic characteristics that are also existent in other SADC member states.

Tanzania has already experienced some insurgency attacks within its territory with the most recent attack taking place in October this year when 300 militants attacked the village of Kataya in the rural Mtwara region bordering Mozambique. This was the first time the Tanzanian government had acknowledged existence of Ansur al Sunna insurgency operations within its territory.

However, the Tanzanian government has made an effort to cover up the number of casualties with other insurgent attacks remaining unreported. IS claimed the attack in Tanzania in a message on one of its Telegram channels on October 15, which said that its fighters had attacked a military installation in the village a day earlier, killing a number of Tanzanian soldiers and capturing weapons and ammunitions. The group has in the past year become a formidable force capable of carrying out simultaneous attacks and holding multiple locations and has adopted some sophisticated means of carrying out attacks.

As for Mozambique, between October and November this year, the insurgents have carried out offensive attack in Muidumbe district, capturing the district capital Namacande and killing hundreds of people in the area. Other ottacks have also been carried out in Muatide district, the militants rounded up more than 50 people, mostly young men, and beheaded them on a football pitch. More than 45,000 fled the violence in Muidumbe between October and November alone causing a humanitarian catastrophe. There have also been other attacks in Palma, Mueda, Ntushi, Pundanha, Macomia, Nanjaba and Macimboa da Praia within a one month period. This violence has displaced more than 400,000 people in the Cabo Delgado province and the number keeps rising exponentially.

Some of the fighters joining Ansar al Sunna have come from neighbouring countries with reports of some Tanzanians, Kenyans and other nationalities confirmed to be involved in the conflict. The fact that some fighters from across the region are joining the militants only highlights the existing shared grievances and beliefs between the Islamic militants and youths from other countries in the SADC region.

This is why it is important that SADC member states reevaluate the conditions in their own countries in order to contain any potential armed insurgencies in their own territories. The donor community can also help avert the risk of future conflicts by initiating studies that could identify areas of concern and potential conflicts. These studies could help provide recommendations on how to deal with the challenges.

Another challenge has been presented by the way the Mozambican Defence Armed Forces (FADM) have responded to the conflict. FADM have been heavy handedness in dealing with the insurgency which has led to reported serious human rights violations being committed by the military. These human rights violations have magnified the already existing anti-government perceptions of the population which has presented a challenge for intelligence gathering and covert operations since the locals has turned against the Mozambican military in favour of the insurgents.

The SADC Brigade is designed to have a human security component which is a civilian component with capacity to address some cross-cutting challenges to the survival, livelihood and dignity of the local population. Strategically, this component will be outstanding for any success of the regional military response as this would help the SADC military forces win the hearts and minds of the locals which is valuable for intelligence gathering.

With porous borders, the attacks in Southern Tanzania have demonstrated how easy it is for the insurgents to carry out attacks in neighbouring countries. Having the foreign fighters returning to their own home countries poses a risk of new fronts for insurgents being opened hence undermining stability across the whole region.

The deployment of SADC troops also provides the regional body with a better understanding of the conflict since the Mozambican government has provided limited information and there is a media blackout in the region which has restricted reporters from reporting from inside Cabo Delgado.