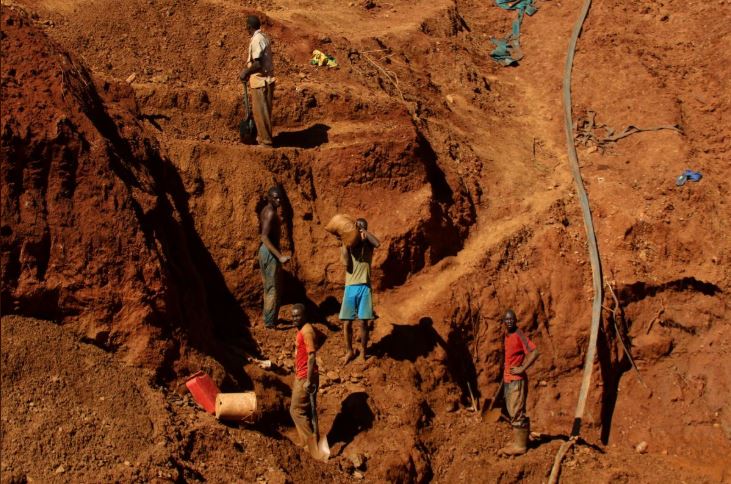 Micheal van Wyk June 25, 2021
The Kwazulu Natal Provincial Government has urged people involved in illegal mining in KwaHlathi, near Ladysmith, to immediately leave the site, warning that people found there on Thursday will face the full might of the law.

The call follows a report on the outcomes of investigations by a team of experts from the Geoscience Council, which revealed that the stones discovered in KwaHlathi are not diamonds but quartz crystals.

During its ordinary sitting on Wednesday, KwaZulu-Natal Provincial Executive Council expressed its concerns about reports that illegal mining is still continuing in the area.

KwaZulu-Natal Premier Sihle Zikalala, who was chairing the meeting, said the Executive Council expressed its concerns that the crowds in KwaHlathi are in violation of the country’s mining laws and flouting COVID-19 regulations.

The Executive Council also expressed its concerns at the recent steep rise in the number of COVID-19 cases in the UThukela District, probably due to the influx of people into the area.

“Government is also concerned that school children are spending time at the illegal mine instead of being at school. There is concern over the long-term environmental degradation, which may lead to flooding in future.

“The provincial government appeals to everyone still involved in illegal mining in KwaHlathi to vacate the site today [Wednesday]. From tomorrow, law enforcement will kick in and whoever remains will face the full might of the law,” Zikalala said.

He said the site will remain cordoned off and inaccessible to members of the public and without permission.

The provincial government reaffirmed its commitment to work even harder to respond to the service delivery needs of KwaHlathi citizens.

The community of KwaHlathi has raised concerns regarding water, roads and other key service delivery needs.

Zikalala said the provincial government plans to visit the area in two weeks’ time to attend to the service delivery needs already identified, and to investigate further economic activities that may be undertaken in the area.