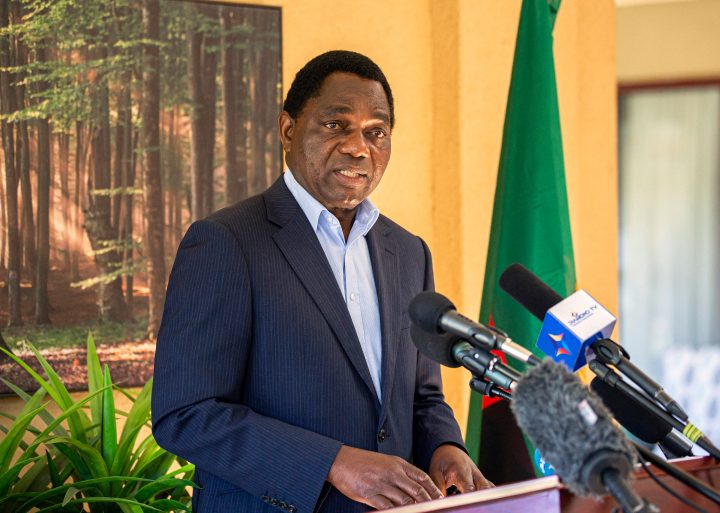 The thought is that Zambia has not fully capitalised two important markets, the Democratic Republic of Congo (DRC) and China.

“Congo is a yawning market: they pay in (United States) dollars. It is an urgent matter because if we continue at this pace, there are other people who will go into the market,” Mr Chiwala said during a ZNBC Sunday Interview programme.

Picking it up from there, Zambia stands to benefit by exploiting the Congo market to the fullest, given various factors in that country.

Similarly, countries like Zambia stand to greatly benefit from capitalising on huge markets like China’s for various goods and services and one day this column will demonstrate that but today the focus is on DRC.

In 2019, this forum pieced together a two-article series on that.

That was after the DRC went to the poll on December 30,2018 to elect the successor to Joseph Kabila who wasconstitutionally-barred from re- contesting the presidency after his 18-year rule.

The series focused on what a DRC’s neighbour, like Zambia, can benefit from this vast country by looking at some elements of its economy.

As pointed out then, DRC is a giant mining country which has been Africa’s leading copper producers for nearly a decade now.

According to Mining for Zambia, in 2013, for the first time, the DRC surpassed Zambia’s copper production level to become Africa’s leading copper producer.

This could be said to have been a surprising accomplishment, given that barely 10 years earlier, the country was producing copper of as low as 70, 000 tonnes annually.

DRC came off a low base and rapidly increased its copper production.

After catching up with Zambia’s production figures in 2013, the francophone neighbour outdid Zambia and a few years later hit the record one million tonnes, which feat has, for about 20 decades, been elusive to Zambia.

According to the World Bank, the largest Francophone country in Africa has more than 1,100 minerals and precious stones.

According to Mining.com, an online resource on mining issues, with the likes of Glencore, Randgold, Zijin, China Moly and Ivanhoe heavily investing in it, DRC has become a force to reckon with as a copper producer.

According to Focus Economics the economy has gained pace on continued strong activity characterised by sharp rise in the overseas sales of copper and cobalt–two of the country’s key export commodities.

In fact,DRC, which has a long history of poor economic performance, has recovered and managed to avoid a recession in 2020, unlike most of its neighbours including Zambia.

Estimated at 93,957,168 as of Monday, based on Worldometer elaboration of the latest United Nations data, the DRC population is a strong factor when it comes to providing the market.

DRC, the fourth most populous country in Africa with a small but growing middle class,isan enormous market which can greatly benefit Zambia.

Generally and for historical reasons, Congolese hold a high opinion of Zambian products and services, particularly in terms of the quality-to-price ratio.

In the interim, the DRC turns to its good neighbour, Zambia, for various products like maize, including on government-to-government arrangement.

The DRC Government has created a working group to improve the business climate and is actively seeking to increase foreign trade and investment.

Generally, exporting to the DRC can offer high profit margins as the market is not yet saturated with competition, as Mr Chiwala notes.

That is buoyed by a feeble manufacturing sector, porous borders, the weak capital’s links with surrounding citizens and between the regions which renders the DRC an import-based economy.

This is according to the United States (US) International Trade Administration DRC Commerce Guide.

Low-cost consumer goods and foodstuffs smuggled into DRC from Angola and Zambia have undercut local production and resulted in large-scale capital flight which could be formalise by a form trade.

Zambia has, however, not performed well in this area and for instance it imported more than it exported, in value terms.

Perhaps, wary of that, President Hakainde Hichilema has forged a strong link with DRC President Felix Tshisekedi and,together, dedicated to focus their relationship on the economy, trade and investment, noting that there is huge untappedmarket in DRC.

He agrees that if the trade relationship with DRC was not done properly before, there is need to restructure it so that Zambia can export more goods and service to the vaster neighbour.

Of course, later Mr Hichilema visited Mr Tshisekedi in his country where a number of trade protection agreement to boost ties between the countries were reached.