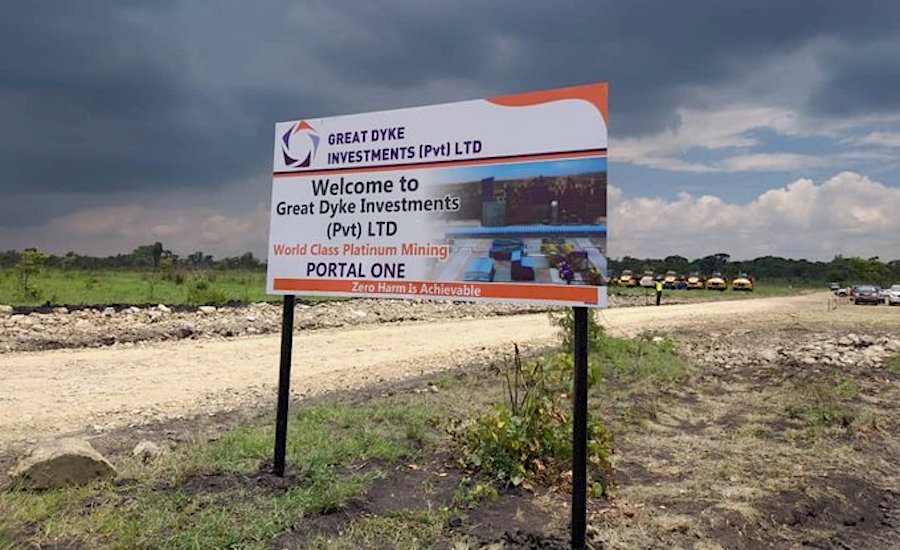 Russian-Zimbabwean platinum venture Great Dyke Investments (GDI) has cleared an important hurdle to develop what it would be the African nation’s largest platinum mine.

GDI, 50% owned by Russia’s Vi Holding and Zimbabwean investors, said the African Export-Import Bank had completed a due diligence study allowing it to proceed with a $500 million funding program for the Darwendale project’s first phase.

The JV, which plans to start mining platinum ore in 2021, has already spent $100 million to date on geological exploration and construction of two mine portals and surface infrastructure.

The $2 billion project, located about 65 km (40 miles) from the capital Harare, is expected to produce 860,000 ounces of platinum group metals (PGM) and gold per year at its peak. That would make it the no.1 PGM mine in Zimbabwe, which holds the world’s third-biggest platinum reserves after South Africa and Russia.

“The project funding structure envisages participation of various types of equity investors as well as lenders,” GDI’s chief executive officer, Alex Ivanov, told Bloomberg News. “The specific stake to be acquired by potential investors would largely depend on their overall appetite for the project.”

Zimbabwe, dealing with its worst economic crisis in more than a decade, is pursuing an ambitious plan to boost mining output and earn the country $12 billion a year. Platinum mining is seen as a major anchor of that drive.

The country’s platinum is mostly found on the Great Dyke belt, which stretches for more than 500 km and contains an estimated 96 million ounces of platinum group metals.