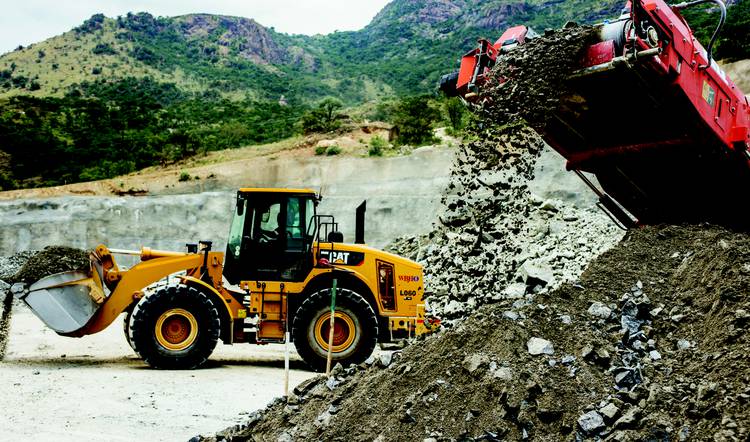 The largely untapped and unrealized potential that Africa is blessed with has been a magnet that has attracted and continues to attract mining investors to the continent.

The spotlight has been firmly focused on Ghana after it was crowned the largest gold producer in Africa in 2019. The predictions for gold production are not waning and it is expected that the production will not only meet but exceed this peak principally due to AngloGold Ashanti’s 30 million ounce mine being restarted and the continuation of production even during the ominous Covid-19 pandemic.

From a regulatory view, the Government of Ghana’s attention has been concentrated on the Minerals Income Investment Fund that allows for the creation of a fund to receive and invest royalties received from mineral resources. The royalties received are envisaged to be invested through a somewhat contested special purpose vehicle, Agyapa Royalties Ltd, that is anticipated to be listed on the London Stock Exchange.

South Africa has consistently been recognized as a key contributor to the mining sector in Africa and it was noted that South Africa not only weathered the Covid-19 storm impressively but also proved to be resilient in the face of the worldwide adversity. It was recorded that the total revenue generated by the South African mining industry for the year ending June 30, 2020 grew by 4% with gold mining companies enjoying an increase of 35% in revenue. Chrome, iron ore, platinum and manganese have all seen prices either holding or increasing – notably iron ore.

In an effort to enable the mining industry to better plan for its future, the South African Government implemented the Broad-Based Socio Economic Empowerment Charter for the Mining and Minerals Industry in 2018. The law governing mining in South Africa has otherwise not undergone any material changes with the most noteworthy being the Amendments to the Mineral and Petroleum Resources Development Regulations.

The Democratic Republic of Congo’s mining legislation, on the other hand, has undergone an immense transformation with the promulgation of the new mining code in March 2018. The codes’ most significant modifications relate to the reduced duration for which an exploration permit and mining permit are granted. The concept of “strategic substances” has also been introduced  with taxes ranging from 2% to 10% being imposed for this genre of substances. Furthermore, a royalty of 10% must be paid to a fund that is dedicated to future generations. With regard to contractors, the codes contain requirements that make it mandatory for the contractors to be Congolese and owned by Congolese shareholders includes reference to cobalt which is used in electric batteries; coltan which is to power electronic devises and germanium which is necessary in making transistors. While the new regime may seem onerous, it should be borne in mine that these strategic substances found in the DRC are not readily available in other areas and the demand for these substances are growing. Having regard to this, compliance with the requirements may be well worth the effort.

In Zimbabwe, platinum and platinum group metals are taking center stage with Great Dyke Investments (GDI) opening a $500m platinum mine in Darwendale. Together with the Zimplats and Unki mines, the GDI mine is projected to assist Zimbabwe in reaching its $12bn mining industry by 2023. Despite its infamous challenges, Zimbabwe (with the second greatest chrome and platinum resource in the world after South Africa) and appears to be emerging as a potential source of investment in Africa.

Appropriately, Zimbabwe repealed its outdated mining laws and introduced new mining legislation in 2018 in an attempt to lure investors. While revised law prevents foreign entities from having a majority shareholding in a mining operation, this restriction does not apply to diamond and platinum mining operations.

Similarly, Tanzania recently overhauled its mining legislation, however, this overhaul was primarily aimed at increasing state revenues from natural resources. In 2017, Tanzania banned the export of unprocessed ores and imposed a 1% clearing fee on all minerals exported from the country, a requirement for the Tanzanian Government to own at least 16% in all mining projects.

Tanzania enjoys fourth place in terms of gold production in Africa and has deposits of rare-earth metals, iron ore and gemstones.

In compliance with this legislation, the Tanzanian Government had a 16% stake in a joint venture with Barrick Gold Corp. and received a dividend of $40m from the arrangement. Expectedly and in accordance with the amended laws, the Tanzanian Government will base all future arrangements with major mining companies on the Barrick model and this will include AngloGold Ashanti Ltd.

Mali, as Africa’s third largest gold producer, has followed suit and proposed its new but unenforced Mining Code. The draft Mining Code is believed to introduce a number of changes including placing an obligation on the titleholder  to contribute to two new mining funds, a Local Development Mining Fund and a Fund for the Financing of Geological and Mining Research, with an amount equal to 0.25% of the monthly turnover before tax or the value of the products extracted during the month in question being contributed to the former fund.