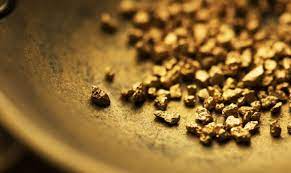 African Pioneer PLC (LSE:AFP) has gained ground after a positive site visit to its 85% owned Ongombo Copper Mine project in Namibia.

Chairman and chief executive Colin Bird said: ”All of the fundamentals for the Ongombo Copper Mine project are in place. The technical team visit was designed to identify potential negative issues and seek out opportunities within the project. Our visit was very productive and we are of the opinion that the mine can be fast tracked as soon as we’ve received the mining licence.

“The previous plan envisaged the opening of an open pit and we concur with this plan but believe the open pit can be considerably extended along strike and we will be commencing a drill programme shortly to test our prognosis.

“Should this drill programme produce the results expected we should be able to have an initial open pit lasting at least 18 months which would allow us to develop the underground system resulting in a seamless transition between open cast and underground mining.”

2.30pm: Wandisco in the spotlight after railway firm success

Wandisco PLC (AIM:WAND) has danced higher after a successful data migration for a major client, the owner of Canada’s largest railway.

The company said it had migrated data from the client’s computers to Microsoft’s Azure cloud.

The railway firm is planning to evaluate future uses for Wandisco’s LiveData Migrator service, including in Internet of Things data.

Chief executie David Richards said: “This completed migration is a prime example of how WANdisco’s platform and solutions can be effectively utilised to help organisations modernise their data platforms through migration to Azure and other cloud platforms. Increasingly, we are seeing businesses looking to take advantage of the advanced analytics capabilities available in the cloud, and WANdisco is the primary provider to help make this a reality.

“This is another exciting proof point for our solution, and we see significant upside potential in this client relationship in the coming years”.

A week after announcing a contract extension with the London borough of Hillingdon, healthcare group Totally PLC (AIM:TLY) has unveiled another agreement.

It has been awarded a contract extension to deliver NHS 111 services across Staffordshire and Stoke-on-Trent for a further year. The extension, awarded to its Vocare division, will run from 1 April 2022 at a value of around £7mln.

Vocare already provides NHS 111 services in the region, answering around 30,000 calls per month from patients seeking advice and access to care.

12.10pm: Ironveld slips as it awaits completion of deal with Grosvenor Resources

Ironveld PLC (AIM:IRON) shareholders have had a rollercoaster ride this week.

The company is in the middle of a deal to sell 51% of its Luge subsidiary to Grosvenor Resources Pty – a recently formed private South African company – for around £2.4mln.

Grosvenor will also subscribe for £5.6mln of equity, making its total investment around £8mln.

At the end of January Ironveld said: “Both parties expect closing of the two transactions in the short term.”

But the deal has not yet been done, and today Ironveld said it continued “its close dialogue with Grosvenor in respect of the progress of Grosvenor’s own funding arrangements necessary to complete the previously announced equity subscription agreement and the sale of the company’s interest in Luge.

“Grosvenor continues to work positively towards financing these transactions and the company will provide further updates in due course.”

Yamana Gold (TSX:YRI) is in demand after a positive update on its reserves.

The Canada-based precious metals producer, with operations throughout the Americas, including Canada, Brazil, Chile and Argentina, said it had replaced gold mineral reserves at each of its wholly-owned operations, highlighting the sustainability and longevity of its mines.

Its said: “Yamana has attempted to differentiate itself over the last several years by replacing depletion of mineral reserves and has been mostly successful at such differentiation. The result of which is that when looked at over several years, there has been a very significant increase of mineral reserves and corresponding extension of mine lives.

“This differentiation is expected to continue in the next several years and in most cases, the discovery of new inferred mineral resources at existing mines already represents an excellent source of future proven and probable mineral reserves.”

9.29am: Aura Energy lifted by expansion plans for uranium project

Aura Energy Ltd (ASX:AEE, AIM:AURA) is in demand after expansion plans for its Tiris uranium project in Mauritania.

It will begin a programme of regional exploration focusing on resource enhancement at Tiris during the first half of this year.

Acting chief executive Dr Will Goodall said: “We are excited to announce the proposed Resource Enhancement Programme, seeking to expand the Tiris uranium resources whilst concurrently progressing towards uranium production.  We will focus on expanding the existing measured and indicated resources and locate additional exploration targets that have been underexplored.

“We look forward to commencing the programme as soon as the necessary approvals are in place, as we continue to advance towards low emission uranium production at Tiris.”

Shares in Lexington Gold Ltd (AIM:LEX) are brighter after a positive update from a key US project,

Chief executiv Bernard Olivier said: “It is an excellent initial result to intersect multiple mineralised zones of significant width so close to the surface…

“These initial results give us great confidence regarding the prospectivity and potential of the Carolina Belle deposit and we look forward to receiving and reporting the results from the remaining 21 holes in the coming weeks.”

Elsewhere Itaconix PLC (LSE:ITX, OTCQB:ITXXF) has seen its shares grow by 8.48% to 3.2p after the first outside production trial for its plant-based superabsorbent.

The product is being trialed by a leading supplier to companies that produce nappies, feminine hygiene products, and industrial absorption products. The move follows the company’s production trials in 2021, and if it is successful, potential Itaconix revenues are expected to start in 2023.

Chief executive John R. Shaw said: “The emergence and success of new brands responding to consumer demands for better sustainability has significantly expanded the revenue potential for our plant-based ingredients in hygiene applications, as this trial demonstrates.

“Our technology.. was ahead of its time when it was part of the original roots of the Itaconix business. This trial is an important milestone and…with this progress, we see additional opportunities to improve our offerings for sustainable hygiene products.”