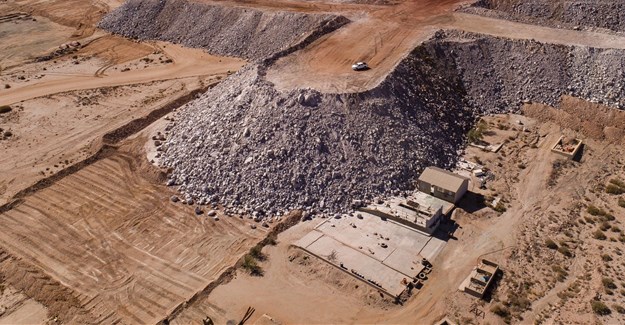 The zinc price is at a decade high and the outlook is for it to stay strong for much of 2018, underscoring decisions by miners in SA to step up production and bring fresh metal to the market.

Acting on the fundamentals of supply and demand, the metal used to galvanise steel to protect it from corrosion has shown strong price growth, more than doubling since 2016, says John Meyer, a resources analyst at SP Angel in London.

He said supply constraints came at a time when Chinese demand was strong and had resulted in global stockpiles falling to 2008 levels.

The news is good for South African-focused companies operating in the Northern Cape. India’s Vedanta Resources, which is bringing its Gamsberg zinc mine into steady state production, and newly formed Orion Minerals, which plans to restart mining at the mothballed Prieska copper and zinc mine, are tapping into untouched resources and using modern mass-mining methods.

While SA is a small player in the global market, these two projects and longer-term projects outlined by Vedanta Zinc International CEO Deshnee Naidoo indicate an overall bullish sentiment towards zinc.

Zinc output by Vedanta in SA would be 250,000 tonnes a year in concentrate at the Gamsberg mine, rising to 400,000 tonnes in a second-phase expansion and 600,000 tonnes if a third phase was triggered, she said.

In 2016, global mined zinc was nearly 12-million tonnes. In 2017, 199 companies budgeted 489m for zinc exploration, including lead, up by a third from the $378m spent in 2016 by 167 companies, said Sean Decoff, analyst at Metals & Mining Research in S&P Global Market Intelligence.

When the annual average zinc price peaked after doubling from 2005, zinc explorers boosted the total budget to a high of $969m in 2008, he said.

“However, prices had begun to decline in the last half of 2007 as the financial crisis sparked a global sell-off and zinc budgets dropped by almost two-thirds in 2009,” said Decoff.

Macquarie Research says in a note zinc prices could pull back to the low $3,000-per-tonne level, but this would be a shortterm event.

“The ongoing market deficit ” should combine with restarting galvanising plants in China [after winter cuts and the Chinese New Year] to give the price a last run towards the end of the first quarter and going into the second quarter, back to the mid-3,000s a tonne,” Macquarie said in the note.

With metal coming from Gamsberg and increased output from Glencore, Macquarie said prices could “begin to fade”.

“That said, we think it will be a relatively slow and stately decline. The largest miner, Glencore, is evidently committed to reintroducing tonnage carefully, while Chinese mine supply has been struggling to grow, and many of the other new mine entrants have technical challenges that could result in weak initial output,” it said.