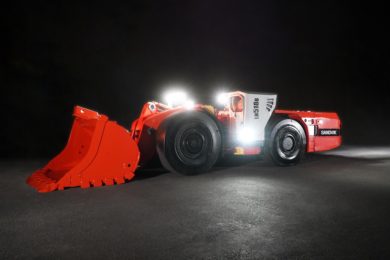 Gold mining major Gold Fields on December 1, 2021 published a comprehensive set of 2030 targets for its most material environmental, social and governance (ESG) priorities. The targets include a commitment to reduce its Scope 1 and 2 carbon emissions by 30% on a net basis and by 50% on an absolute basis by 2030. As a signatory to the Paris Agreement on climate change, Gold Fields is also committed to Net Zero carbon by 2050. The investment in decarbonising Gold Fields will total about $1.2 billion until 2030, of which about a quarter will be financed by the company, with the remainder being funded through PPAs. All projects are expected to be NPV positive.

Looking at Scope 1 emissions, the company has already outlined its plans for the St Ives operation in Western Australia’s Eastern Goldfields which will become the first mine in Australia to receive the new Sandvik LH518B 18 t BEV underground loader. The operation will also take delivery of a Z50 50 t BEV truck, with both vehicles to be placed into service in the Hamlet North mine. Moving to South Africa, its South Deep operation in Gauteng, despite the operational challenges of being at 3 km depth, has been one of the world’s most progressive deep mines in terms of new technology, with active programs on everything from Level 9 collision avoidance to LHD automation. And battery electrification is now also part of the mix – with another Sandvik LH518B loader set to start trials at South Deep in late 2022 – the first of its kind in Africa.

Martin Preece, EVP at Gold Fields South Africa told IM: “The Sandvik LH518B is scheduled for delivery in Q4 2022, after Sandvik has displayed the trial unit at next year’s Electra Mining Exhibition, which is scheduled to take place in September 2022. South Deep will run the trial in conjunction with Sandvik and I would suggest a year is a good timeline to get proper information into performance, reliability, and costs.” He added there will be a phased roll out governed by two key factors: firstly, the retirement of the current diesel fleet and, secondly, the availability of a battery fleet working on the basis that the trial is successful. Preece says the mine does not intend to convert existing LHDs: “We want a fully electric driven machine so we can capture the full benefit of the technology in terms of improved conditions and reduced operating costs; a  conversion option would not provide this opportunity.”

Sandvik’s battery electric LH518B has 600 kW of power and is the most compact 18 t loader on the market. Its dimensions are equal to the 14 t size class, allowing it to fit in a 4.5 m x 4.5 m tunnel. It is equipped with AutoSwap, the patented self-swapping system for the Artisan™ battery system. The battery chemistry used is Lithium-Iron Phosphate (LiFePO4). Importantly for a deep mine with space limitations the system does not require any heavy mine infrastructure such as overhead cranes or forklifts to hoist or move batteries; all that is needed is a passing bay or an old re-mucking bay.

At this stage, Preece says the focus would be on LHDs and trucks as they make up the bulk of the diesel consumption. “Our drill rigs only use their diesel engines to get them around the mine, but once they are set up in their workplaces they run on electricity via a trailing cable and as such are not major emitters. Over time we will give consideration to both the drill rigs and utility vehicles.”

Across the broader Gold Fields Group, wider electrification is also clearly required if the mining company wants to achieve Net Zero by 2050 as diesel is the second largest source of emissions. But in terms of major mining houses it is certainly one of the first movers, not only in Africa but worldwide.

The South Deep workings are accessed from the surface through two shaft systems, the Twin Shaft complex (main and ventilation shafts), of which the main shaft comprises a single-drop to 110A level, a depth of 2,998 m, the vent shaft to 110 level at a depth of 2,947 m and the South Shaft complex, which is a subvertical system (three operating shafts) to 95 level at a depth of 2,786 m. The mine is divided into three main areas. First, Current Mine (CM), characterised by selective mining methods scattered over a large area originally exploited by means of conventional tabular mining. CM is accessed from four active levels (90, 93 and 95) from both the South Shaft and Twin Shaft complexes. The North of Wrench (NoW), directly south and down dip of CM, comprises six mining corridors separated by regional pillars that extend southwards to the Wrench fault. A bulk non-selective mining method is applied, resulting in a higher Resources to Reserves conversion ratio. Third the South of Wrench (SoW) east and west areas, situated south and down dip of NoW, will be mined in the same manner as NoW.

Beyond Scope 1 and the mining fleet, at South Deep 93% of its emissions relate to Scope 2 and its electricity usage and as such Preece pointed out that its biggest opportunity to get to net zero is initially by means of its huge 50MW solar project. Preece added: “After this we will look for further opportunities to expand this and this include battery storage solutions. Consideration is also been given to wind turbines, which would add to the renewable energy make up and, importantly, contribute for the full day and not just during daylight hours.”

Gold Fields has already begun construction of the ZAR715 million solar power plant at South Deep that is due for completion Q2 2022 and will provide the mine with about a quarter of its power requirements and save it over ZAR120 million a year in electricity costs. The capacity of the plant has just recently been increased from 40MW to 50MW. Gold Fields will be the first South African mine to build and operate a captive solar plant of this scale. This will ensure greater reliability of power supply and reduce the cost of electricity, which currently makes up about 13% of the mine’s operating costs. Importantly, it will reduce its carbon footprint by over 100,000 t of CO2 a year.